We live in a golden age for neuroscience, and new findings about the brain emerge almost by the month. with huge government backing, one foresees the day, which could be quite soon, when every significant region of the brain is correlated with all the things we use our minds for. But as often happens with exciting frontiers, there’s a tendency to exaggerate the conclusions being reached.

In the case of neuroscience, the overreach is immense, because from many quarters brain researchers keep piling up evidence for very misguided conclusions. All revolve around the notion that we are prisoners of brain activity, in essence trapped inside the chemical and electrical activity of brain cells. Since this activity follows totally deterministic laws, it must follow that we do the same. In the latest wrinkle of “biology is destiny,” our brains have turned us into biological robots. 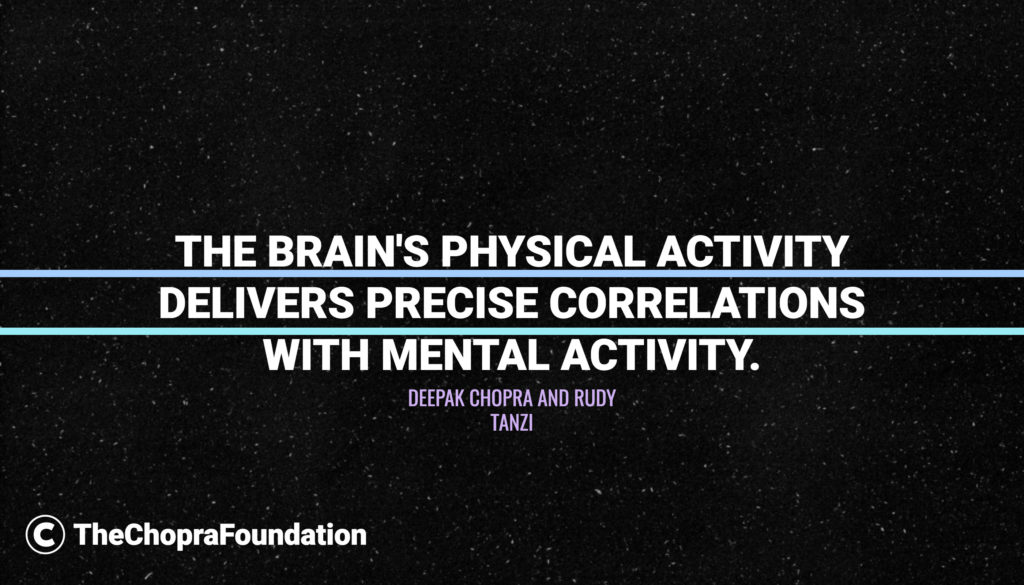 An extreme statement of this position recently appeared in the New York Times, where Robert A. Burton, former chief of neurology at the University of California San Francisco, writes, with damning finality, “. . . it’s hard to avoid the conclusion that the experience of free will (agency) and conscious rational deliberation are both biologically generated illusions.” (Link: http://www.nytimes.com/2016/09/05/opinion/a-life-of-meaning-reason-not-required.html)This isn’t a novel idea, but the fact that others have touted it doesn’t add any validity.

On the face of it, Dr. Burton had to use “conscious rational deliberation’ to write his article, so such a thing obviously exists. He has trusted an illusion to tell him that his own thinking is an illusion, which is totally self-contradictory. If it seems puzzling that a biological robot, however complicated its hard wiring in the brain, could produce the output of Shakespeare, Mozart, and Rembrandt, the reason is that no robot did produce that output–the human mind did.

Getting neuroscientists to back away from the biological robot thesis is difficult, because the vast majority align themselves with an unproven assumption, that the brain produces the mind. Burton admits in his article that no one has any idea where thoughts comes from, yet he proceeds to assure us where they don’t come from, the mind. Brain is all; mind is simply one of its more intriguing byproducts. This is the fallacy of instrumentality, the same as saying that because musical instruments produce music, they also compose it. A piano doesn’t compose ragtime, and there is no proof that the brain produces thought.

All we can say with certainty is that the brain’s physical activity delivers precise correlations with mental activity. Burton makes much of the finding that if you electrically stimulate regions of the brain associated with disgust or empathy, people will experience those feelings. Yet long ago the pioneering Canadian neurosurgeon Wilder Penfield stimulated the motor cortex of patients undergoing brain surgery. As a result of stimulating neurons responsible for activating arm muscles, for example, the patient’s arm would fly up automatically.

Yet Penfield, a great proponent of mind over brain, was astute enough to ask the conscious patients if they had raised their arm. The answer was always no. Instead, patients said something like, “My arm just flew up.” This is enough to show that all of us separate the actions we freely choose from autonomic responses. We can’t be fooled about this. We never say, “My mouth ate some food” or “My hand wants to play the violin.” All the complicated findings in neuroscience are instrumental only. They tell us the equivalent of showing that music can’t be played without musical instruments. The piano is capable of nearly infinite patterns of notes when you consider tempo, dynamics, phrasing, melody, and harmony. This activity is the physical correlation of music, not music itself. The brain’s nearly infinite patterns aren’t thinking, either.

Until neuroscience can actually tell us where thoughts come from, until the link is made between the electrochemical firing of a brain cell and subjective experience, nothing valid can be said about how mind and brain are related. Their relationship has to be holistic. Instead of insisting, as neuroscience does, that brain produces mind, or taking the opposite position, that the mind creates the brain, there is no cause-and-effect between them. They are simultaneous phenomena. A thought is instantly registered in the mental and physical domain.

Where did they both come from? A single source, which is consciousness itself. In fact, brain and mind are two aspects of this deeper reality, where consciousness is the only “stuff” that’s ultimately real. At the moment, however, the concept that we are pre-determined, mechanistic brain puppets is pure science fiction. Decades ago someone joked that figuring out the brain is like putting a stethoscope to the outside of the Astrodome to figure out the rules of football. The fact that various brain experts now take the joke seriously indicates a bad misunderstanding of both brain and mind.

Dr. Rudolph Tanzi is the Director of the Genetics and Aging Research Unit and Vice-Chair of Neurology at Massachusetts General Hospital. He is also the Joseph P. and Rose F. Kennedy Professor of Neurology at Harvard Medical School. Dr. Tanzi discovered several Alzheimer’s disease (AD) genes and directs the Alzheimer’s Genome Project. He is now actively developing therapies for treating AD based on knowledge gained from genetics and lifestyle interventions. Dr. Tanzi has published over 475 papers and has received the Metropolitan Life Foundation Award, Potamkin Prize, the Smithsonian American Ingenuity Award, and was on the 2015 TIME100 Most Influential People in the World list. He also co-authored the New York Times Bestseller, “Super Brain” and “Super Genes” with Dr. Deepak Chopra.