Skepticism and a Million Dollar Challenge 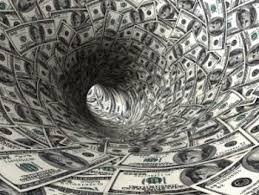 When public perception is skewed and distorted, it’s important to push back. I’ve found myself doing this in the arena of skepticism. Without a doubt we live in a skeptical age, and it affects everyone. To doubt is a tool for finding truth, but like every positive value, there are pitfalls. Skepticism, of the kind advanced by characters as diverse as James “The Amazing” Randi, Richard Dawkins, Laurence Krauss, and Jerry Coyne, does far more harm than good.
We’re confronted with a strange mixture of bedfellows: an aging stage magician, an Oxford professor on the rampage against “the God delusion,” an astrophysicist, and a biology professor at the University of Chicago who sees himself as a gadfly against pseudoscience. Behind them marches a ragged band of atheists, scientists, blogosphere pests, mischievous troublemakers, and sincere doubters.
What makes this movement particularly strange is that there is no real need for it to exist. Secularism and science won the day long ago. Does anyone seriously believe that our current problems arise from too much reliance on faith in God? Church attendance has been in decline in the U.S. and every other developed country since the 1950s. Other than serving as an outlet for malcontents, the skeptical movement’s posture of holding back the tide of ignorance has little basis or utility. They aren’t converting the believers to atheism. In the face of actual harm done by religion (e.g., the rise of jihadist Islam, the pressure against stem-cell research, the prejudice against gay marriage on the religious right), skepticism has a very small, even insignificant role to play.

Solving these problems requires rational people acting out of conscience in a concerted effort to bring a solution. Skepticism, as a gadfly movement, consists of angry people who play “gotcha,” adopt an air of smug superiority, and generally alienate anyone who comes close to them.  So why confront them in the first place?

As one of the major confronters, I’d say that my primary goal is to defend the truth of spirituality. The world’s wisdom traditions are just as precious as science. To lump them together as arrant charlatanism (as if Buddha and Jesus stand on the same level as a stage magician or con man) is grossly misleading. To dress up this hostile attitude as scientific and rational only deepens the deception. In the familiar metaphor of Elmer Gantry, the fire and brimstone preacher who was a greater sinner than those he preached to, the skeptical movement is much more close-minded and blindly irrational than anyone they expose.

In that light, I recently put out a video called “One Million Dollar Challenge to the Skeptics.” The title plays on Randi’s offer of a million dollars to anyone who can demonstrate the reality of any paranormal, supernatural, or occult power. My offer was the opposite, offering the same amount to any skeptic who could prove how electrochemical activity in the brain produces the appearance of a three-dimensional world, the point being that debunkers of the paranormal can’t come close to explaining the normal. The mystery of everyday reality is confronted by all of us, skeptics and believers alike, and the cumulative efforts of physics, biology, psychology, and neuroscience has only begun to unravel it.
Within twenty-four hours, my challenge met with the predictable reaction. My skeptic fans decried the video as silly, ridiculous, a publicity stunt. But in what way was my offer any different from Randi’s? He won a prestigious “genius” grant from the MacArthur Foundation in 1986, which placed an intellectual seal of approval on his campaign against the paranormal. It began as a challenge to another magician, Uri Geller, but spread out to unseat televangelist faith healers and other merchants of superstition.
Since Randi’s reward has never been handed out, the overall effect seems unquestionable: Nothing beyond the grasp of the scientific, rational mind is real. The toxic side effect, however, has been to tar spirituality and hoaxes with the same brush. The educated public buys into this conclusion, and as a result, being on the side of the truth  means that you dismiss faith, healing, alternative medicine, unexplained phenomena, and ancient wisdom while priding yourself that none of it needs examining, since science is the one true way. As a society for the suppression of curiosity, the skeptic movement has no qualms about attacking anyone they please with contempt and ridicule.
Sane people stay away from dogfights, and for years I stayed away. But it turns out that a positive good can be achieved by going after the skeptics. Let’s leave aside the whole question of God, faith, miracles, and the so-called supernatural. These things have been incendiary for a long time and arouse stubborn resistance on both sides. The real issue is exactly what my offer focuses on: What is consciousness, how does it create reality, and how far does this reality extend?
Compared to this issue, what the skeptics do, for good or ill, is not very significant. Who opposes the exposure of hoaxes? It’s sad that thousands of dedicated researchers and farseeing thinkers earn almost no public attention while noisy skeptics grab the limelight. When all is said and done, the people outside the glare of publicity will do far more good than even the best-intentioned skeptic. The reasoning behind my million-dollar challenge, which is really a challenge against materialism, will be explained in the next post.