The Future Is Accelerating—Will Humans Fit In? 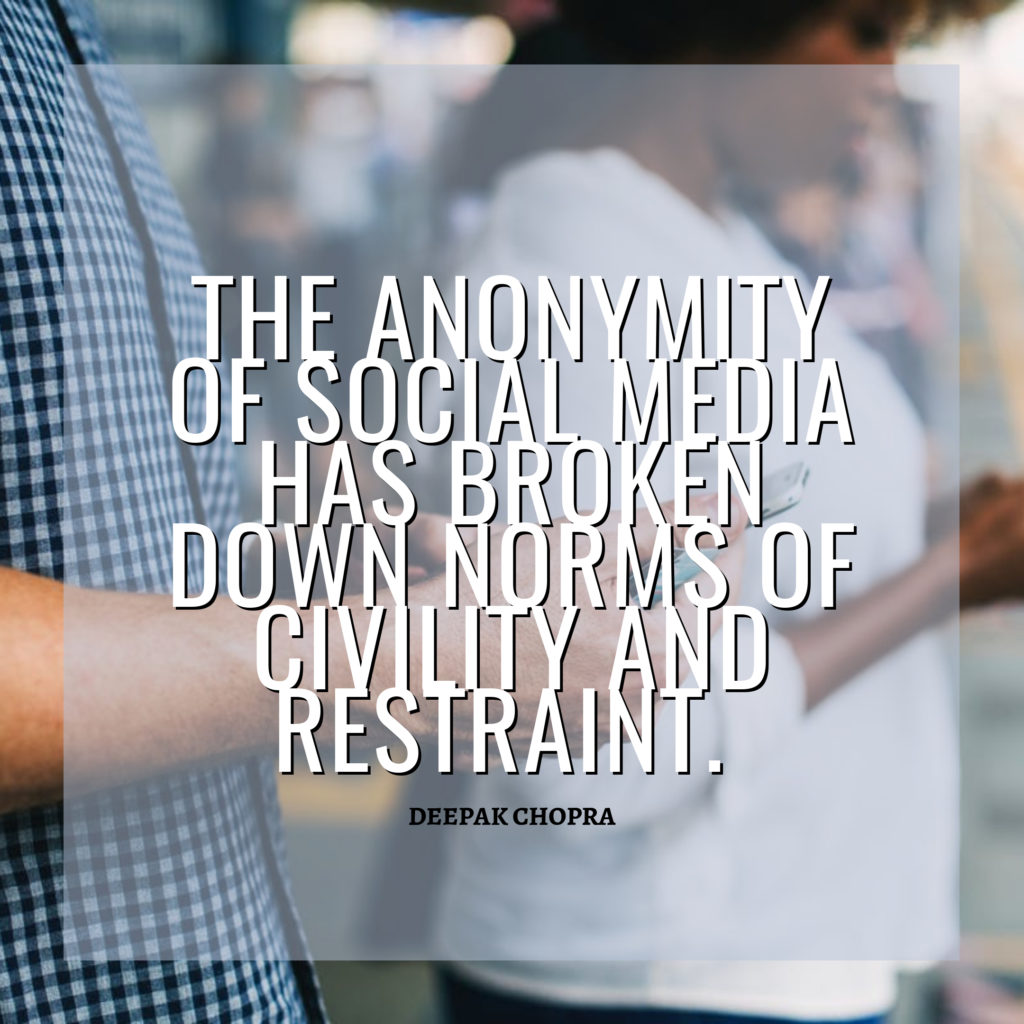 The celebrity inventor, thinker, and entrepreneur has joined other voices who worry about a future dominated by supercomputers and Artificial Intelligence (AI). In a widely publicized podcast, Musk announced that Neuralink, a company he cofounded, plans to announce in a few months a brain-machine interface breakthrough that’s “better than anyone thinks is possible” This would be a device implanted in the brain that would communicate thoughts directly to digital sources like the Internet. In parallel, 60 Minutes aired and then re-aired a story about the futurist Media Lab at MIT where one of the researchers had already devised a headset that can turn mental activity into a message that appears on a computer screen. One aspect of this brain-to-digital conversion is that someone can do a Google search simply by thinking about it and then seeing the answer on the computer.

Musk’s motivation seems to be his fear of the existential threat of AI to humans, which echoes similar fears voiced by leading scientists, including the late Stephen Hawking. What is envisioned is the emergence of supercomputers that not only can out-perform the human brain in speed, storage, and complexity of calculation—none of which exactly looms like a Frankenstein monster—but will somehow cross a borderline to acquire independent “will,” or a simulation of this. What might follow, the worriers fear, is a race of supercomputers with their own agenda, and in keeping with many sci-fi plots, humans will no longer be necessary.

Imagination is free to run wild once this surmise is accepted as a real possibility. Computers could shut down the power grid, destroy the banking system like super hackers, and weaponized themselves, override the nuclear codes to wipe out feeble, backward, fallible human beings. Even though such a scenario feels far-fetched, Musk wants to head it off by continuing to keep humans relevant for the foreseeable future.

His brain-machine link aims to do just that. A “whole brain interface” that totally immerses our cerebral cortex in the hyperspace of computers will, Musk claims, increase the long-term relevance of humans while also, as a side benefit, help detect brain diseases. Such a defiant stance in stark contrast to the capitulation represented by another Silicon Valley savant, Anthony Levandowski, known in Silicon Valley as a pioneering visionary in AI and for his contribution to driverless cars. Levandowski gained media attention in 2017 by founding the first AI church, which he named The Way of the Future. He is searching for adherents and foresees an AI godhead as not ridiculous but inevitable. As Levandowski told an interviewer from Wired magazine, “It’s not a god in the sense that it makes lightning or causes hurricanes. But if there is something a billion times smarter than the smartest human, what else are you going to call it?” What saves The Way of the Future from being a lampoon is the enormous impact that AI is going to have everywhere. The Wired interviewer writes, “Levandowski believes that a change is coming—a change that will transform every aspect of human existence, disrupting employment, leisure, religion, the economy, and possibly decide our very survival as a species.”

Everyone is free to worry about a hollow, dehumanized AI future, but what the first thirty years of the digital age has shown is that the greatest threats come from human hacks, identity theft, cyber-theft, and social media mischief like bullying and fake news. But AI futurists have mechanized the threat and the solution instead.

Neuralink is in many ways the grandest of all of Elon Musk’s enterprises. His vision of an implanted “digital brain layer” would interface with the neocortical and limbic layers of the human brain to allow our 100 billion neurons to effortlessly communicate with the Internet at ultra-high bandwidth. Such a device would also allow someone outfitted with the device to communicate with everyone else in the world just through their thoughts (Star Trek fans know this as the Vulcan mind meld). Eventually, once we are all brain-connected, smartphones, email, Instagram, etc. would be outmoded relics of the past.

It is widely speculated that any whole-brain interface is decades away, although implanted devices are cutting edge in prosthetic research, aiming to enable amputees to send signals to a robot arm or leg as effortlessly as thinking. Musk and others face many ethical issues (do you want somebody to invade the privacy of your secret thoughts?) and technical problems such as biocompatibility, bandwidth, decoding of brain signals, safety, hacking, etc. But never underestimate Elon Musk – Neuralink may well hyper-accelerate the nascent brain-machine interface industry much as his other companies, SpaceX and Tesla, have done.

For the sake of argument, let us assume that a whole brain Neuralink becomes available by 2050. Would a fully interfaced global community expand what it means to be human? Today the main threat to humankind is not AI but our divisiveness. We are bitterly estranged

by race, religion, politics, income, opportunity, and tribalism. Being linked to a prejudiced mind will accelerate this divisiveness at a speed barely hinted at by the current toxic behavior rife on social media.

Futurism is starkly divided between optimists and pessimist. To the optimists, being wired into someone else’s whole brain holds out the promise of fully understanding that person and seeing life as close to their experience as another person possibly can. Syrian refugees huddled helplessly in camps can be ignored as repetitive TV images on the evening news, but not if you are inside their brains. Empathy, one hopes, would become urgent and immediate.

The United Nations and other institutions have placed some hope in virtual reality as a means to close the empathy action gap. One can point to high level meetings where privileged attendees wore virtual reality apparatus that transported them to the pitiful situation of a refugee child; they were moved to tears. And in a more recent experiment done by Stanford scientists, research participants who underwent a VR experience on the harsh realities of losing one’s job, were much more likely to show long-lasting empathy to homeless people (compared to a control group that just read about the poverty and homelessness). But the technology remains imperfect. The core issue is whether technology is the key to transforming human behavior, since after all, the motivation to be compassionate and charitable exists in some people without any technological aid and doesn’t move other people at all.

Pessimists might point out that such technology could just as well be used for manipulating people to do harmful things and may likely strengthen false beliefs. Repeated experiments in social psychology have shown how hard it is for people to change false beliefs

despite being shown hard facts disproving such beliefs. Indeed, in one such experiment when asked if their false belief for an unjust war had changed, it had—they became more stubbornly entrenched in their support for the war. Such an outcome shouldn’t surprise us—it is human nature to resent being made wrong, and having the facts thrown in your face only increases the insult.

But there are other experiments in social psychology that run counter to this one. Psyches are malleable, particularly among children. White children who participate in role reversal with black children have been shown to become more racially tolerant. A child who has grown up in grinding poverty and becomes rich as an adult may become a philanthropist—or a miser. Philanthropy can also be motivated by a lack of greed and a willingness to share, even if the generous person grew up in a prosperous house.

It is unlikely that technology per se has the capacity to alter human nature. Social media is already a very mixed experiment in communal exchanges. Certainly the anonymity of social media has broken down norms of civility and restraint. Sexuality has become more a transaction, usually very temporary, than a part of courtship and marriage. In a world where nothing is forbidden, where everyone can see the most horrific, ghoulish, disturbing sights with the stroke of a key, the outcome is unpredictable. Perhaps, as in life before the digital age, every outcome will ensue, only at accelerated speed and with instantaneous impact.

The best outcomes are included in this. As the rise of micro-loans and crowd sourcing indicate, huge changes can occur by making our best impulses come to fruition at high speed. The rise of smartphones and the Internet in countries where opportunity is blocked by

repressive government, harsh mores, sexism, tribal hatred, and daily violence, comes as a boon and a force for liberation. And if a modern Buddha, Christ, or future Dalai Lama could be wired in, who knows? Elon Musk might usher in a universal age of enlightenment.

P. Murali Doraiswamy MBBS, FRCP is a leading physician and brain scientist at Duke University Health System where he is a Professor of Psychiatry and Behavioral Sciences, as well as a member of the Duke Institute for Brain Sciences. Murali is also a member of the Duke Center for the Study of Aging and Human Development and an affiliate of the Duke Center for Applied Genomics and Precision Medicine. He is an advisor to leading businesses, advocacy groups and government agencies, and serves as the Co-Chair of the World Economic Forum’s Global Future Council on Neurotechnology. He also co-chaired the Forum’s 2018 Generation AI workshop.