The Wisdom of Altruism 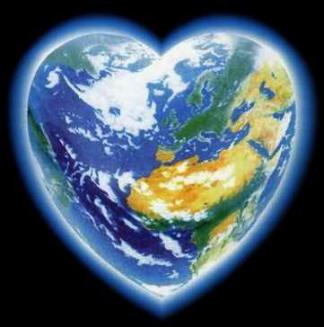 There are increasing signs that selfishness is winning out over altruism in this society. The trend isn’t hidden. The backlash over Obamacare comes down to the fully insured resenting the call to provide for the uninsured. The disparity between the wealthy 1% and the rest of society has widened so far that wealth has created its own separate enclaves. Who would guess, walking down Fifth Avenue, that 45% of New York City’s population lives at or below the poverty line?

Selfishness is about “more for me,” but it’s also about being willfully blind to “them,” the poor, the disadvantaged, the needy, or simply anyone with a different accent.  Beneath the respectable cover of a verbal tag like “conservative” lies reactionary attitudes that won’t even acknowledge that a black man could legitimately be President.

There used to be a working coalition of altruism, based on mutual deprivation, going back to the Great Depression. So many sectors of society were hurting that unlikely partnerships, such as that between Ivy League progressives, West Virginia coal miners, and the residents of Harlem could form and remain strong. Those coalitions are much weaker now and sometimes exist only as lip service.

We are fractured and divided in new ways that history can’t provide answers to.  Today isn’t like yesterday, and the Great Recession did the opposite of creating altruistic alliances: people cemented the divides that have led, for example, to an unworkable Congress.

In the process, the wisdom of altruism has been lost and needs to be relearned. Why is “we” just as important as “me”? Here are a few reasons:

* We breathe the same air, and if it gets polluted, we all choke.

* We farm the same natural resources for food, and despoiled oceans affect everyone.

* Terrorism is no respecter of national boundaries.

* Epidemic disease flies as fast and far as jet planes.

* The dispossessed of the world, especially in Asia, want their share of global wealth and influence.

These are the pragmatic reasons for moving toward cooperation, empathy, and altruism.  “We” isn’t the same as a loose collection of “me and me and me.” It’s holistic. More than ever before, someone else’s pain has the power to make you feel pain. I don’t mean to offer only negative reasons for abandoning raw selfishness and isolation.  Being part of the same family is an evolutionary trend for our species. Beyond nationalism, which divides and creates wars, there is shared humanity, which creates peace and mutual interests.

The wisdom of altruism is crucial to every faith and religious tradition: “the world is my family” is a Sanskrit saying thousands of years old.  But religion is only a single strand in human destiny, and the future, which looks more and more secular, needs to reinvent wisdom without dogma or the need for belief in God.  The rise of naked selfishness, to be frank, probably has a lot to do with the loss of traditional values and the restraints they imposed.  When the ego has nothing bigger than itself to venerate, the results can be seen in every reckless disregard for common humanity.

One hopes that a critical mass is forming around a larger vision.  If nothing else, the wretched excess of mega-wealth offers a sickening display of egoism driven by getting and spending. Will we remember that there is another side to human nature, where love, compassion, empathy, and giving promote real happiness and a sense of fulfillment? I think we will. The need is great, and we are designed to evolve, two things that everyone must respond to, however long it takes.

Deepak Chopra, MD is the author of more than 75 books with twenty-one New York Times bestsellers. What Are You Hungry For? (Harmony, November 12, 2013).  Join the weightlessproject.org to eradicate obesity and malnutrition.