Waking Up to Reality Directly 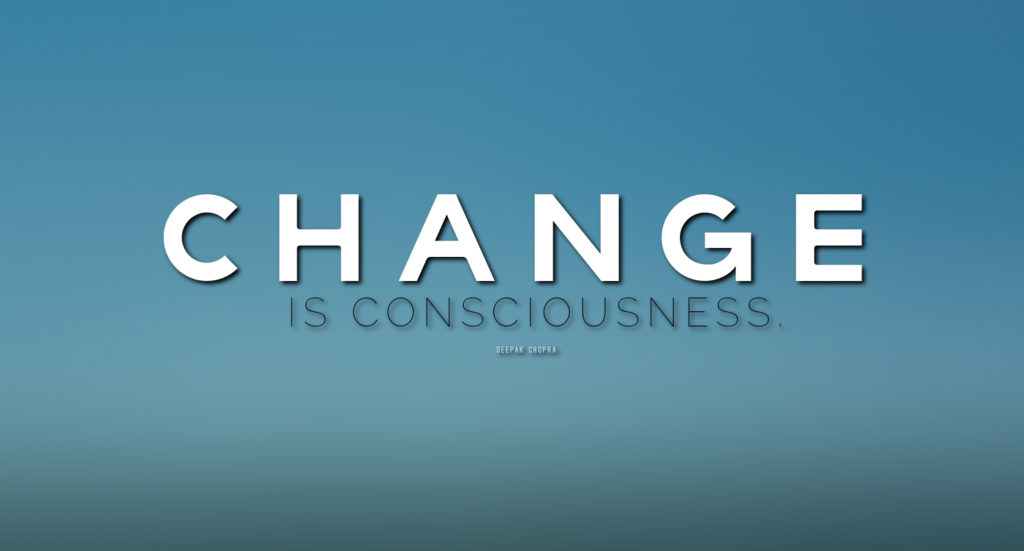 Many, perhaps most, people would like to change their lives. They’d like the good parts to get better and the bad parts to go away. How you define these good and bad parts are entirely individual, reflecting the infinite diversity of human life. But consider yourself and take stock of where you are now. No one can do this realistically without wanting something to change. Yet after a certain point most people realize that change is difficult, and the path to finding a better life is twisted and rocky. A certain percentage will simply decide that “people don’t change” is a fact of life. If you are a hard realist, you give up trying to change yourself, much less anyone else.

With this background, it seems strange that so many people hold out the goal of total transformation, and in fact every spiritual tradition supports this, whether through redemption, salvation, the promise of heaven, enlightenment, or Nirvana. Total transformation goes far beyond making some changes in your life. If limited change is difficult, isn’t it folly to hold out for complete change?

Yes and no. The way that people struggle to break bad habits, improve their relationships, stop feeling anxious and insecure, and hoping to stay afloat financially is where change often proves futile. The mind struggling with itself can’t help but wind up with more struggle. In the world’s wisdom traditions, there is also a deep analysis of the ego, the isolated individual “I,” which by its nature is constantly presenting demands that never get satisfied, not to mention that the isolated “I” is by its very nature small and insecure. So relying on your ego or the restless mind doesn’t lead to meaningful personal change.

Total transformation must be on a different basis, then. It isn’t something that happens to “I, me, or mine.” Instead, the level of change takes place in your experience of simply being here. Nothing is more fundamental, and if you trace your dissatisfaction, insecurity, fear, and lack of fulfillment to its root, you strip away layer after layer of built-up beliefs, memories, and old conditioning. That sounds like heavy work, but in fact everyone experiences moments of simply being here when life is satisfying because the mind is still and the ego isn’t rattling its cage. Babies and small children bring a wistful smile to our lips because they seem to exist in a simple, contented state much of the time.

Babies will grow up to face a more complicated life, of course, but even so, there is something about the simplicity of existence that can persist throughout life, except that in adults it must be found once more. Existence has become buried and obscured by all kinds of baggage. Again going back to the world’s wisdom traditions, “baggage” means the constructs of the mind, which navigates the world with mental constructs, ideas, assumptions, beliefs, etc. It’s as if we only feel real when surrounded by a cloud of mental stuff, including the ghosts from our past and the fantasy projections of the future.

Taking altogether this burden of mental baggage, life’s accumulated problems, demands, and duties, plus ingrained habits and beliefs, one can see why a small cadre of people throughout history have renounced everything, walked away, and taken up a lifelong project of trying to free themselves—they opt for total transformation like opting for radical surgery. Or to switch images, rather than trying to peel off a clinging octopus one tentacle at a time, which never works, they want a way to throw off the entire creature once and for all.

This tradition of renouncing and walking away isn’t practical for the multitude of people, nor is a lifelong pursuit of liberation. But there are guides and teachers who declare that getting free can happen another way, a way that is more direct and even immediate. This “direct path,” as it is sometimes called, is appealing because of its simplicity. The major insight of the direct path is that the condition of liberation is always available here and now; it doesn’t involve struggle but instead a shift of perception.

This shift involves existence itself. Each of us is aware that we exist, and this fact is something we know that we know. To use a popular metaphor in the direct path, existence is like a movie screen on which all the inner and outer events of life are projected. The images flicker and change, but the screen remains the same. However, in the case of human awareness, the “screen” and the “images” are made of the same stuff—pure consciousness endlessly modifying and transforming itself. This is a hard point to get across, because we assume several things about ourselves that aren’t true but which stubbornly persist.

We assume that the physical world “out there” is separate from the subjective world “in here.” We assume that the three-dimensional picture our brain is giving us is an actual, separately existing reality. We assume that “I” is a speck of awareness isolated and separate from the world and other people. Undoing these assumptions comes naturally once a person experientially steps out of them, not by arguing and persuading someone that they are unreal. So we can set aside for the moment the whole thorny business of the mind’s illusions.

Instead, the direct path goes to the things everyone can agree upon, with the proviso that reality is defined by what we experience and what we know, not by our habits of mind and ingrained beliefs. Here are somethings everyone agrees upon when presented with them.

If you jump to the last point too fast, it seems like philosophy, and few people would agree with it. It is necessary, in the direct path, to go one step at a time, agreeing that the early points are part of your experience and only then moving on. The bigger picture is impossible to accept at first glance, because the bigger picture is that everything in existence consists of consciousness endlessly modifying itself. No one can accept this who stays with the assumption that the physical world “out there” is the basis of reality.

The bigger picture also says that you and I are consciousness and nothing else, our physical bodies being no more than generic experiences on the order of experiencing a mountain, tree, or cloud. No one will accept this who believes that the body, and especially the brain, is a special, unique creation existing apart from other objects.

Finally, the bigger picture holds that consciousness is inconceivable, even though everything we can think, feel, or know comes from it.  No one will accept this who believes that neuroscience will one day explain how consciousness arose from brain tissue. The reason consciousness is inconceivable is twofold: first, to “conceive” means to create a concept about something, a model or blueprint that shows clear outlines and contents. Consciousness cannot be reduced to a model or blueprint because it is everything, and everything has no limits, borders, or outlines.

Second, consciousness is inconceivable because the mind that tries to grasp it is made of nothing but consciousness. The individual mind pretends that it can stand somewhere apart from the infinite field of consciousness, but this is an illusion, like a wave pretending that it is standing apart from the ocean.

In the end, the direct path holds out the key to total transformation because there is no struggle to try and change. Instead, there is a shift of identity, away from the ego-personality that exists in the illusion of separation and toward the simplest state of awareness. The one is the end product of centuries of struggle and futility, the other is a return to the basis of reality. In that return lies the end of struggle. What unfolds next is known only to the infinite field of consciousness.

Deepak Chopra MD, FACP, founder of The Chopra Foundation and co-founder of The Chopra Center for Wellbeing and Jiyo.com, is a world-renowned pioneer in integrative medicine and personal transformation, and is Board Certified in Internal Medicine, Endocrinology, and Metabolism. He is a Fellow of the American College of Physicians, member of the American Association of Clinical Endocrinologists, and Clinical Professor at UCSD School of Medicine. Chopra is the author of more than 85 books translated into over 43 languages, including numerous New York Times bestsellers along with You Are the Universe (February 2017, Harmony) co-written with leading physicist, Menas Kafatos. Other recent books include Super Genes co-authored with Rudolph E. Tanzi, Ph.D., and Quantum Healing (Revised and Updated): Exploring the Frontiers of Mind/Body Medicine. www.deepakchopra.com