Why Experience Is a Total Mystery (According to Science) 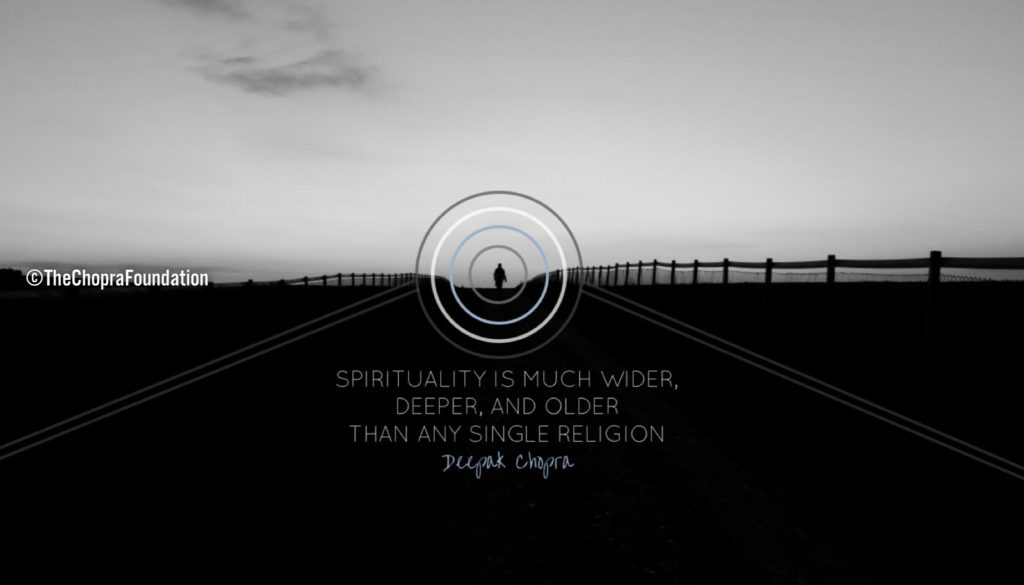 Most of us have gotten used to the traditional opposition of science and religion. This opposition arose because two worldviews clashed, and only one could win. It was a zero sum game. On one side science stood for facts, data, measurement, experimentation, and a goal of pure objectivity. On the other, religion was cast as entirely the opposite, being faith-based, irrational, unprovable, totally lacking in data, and inherently subjective, which is to say, unreliable. But this was a case where the winning side (science and the larger secular world) claimed the right to paint the losing side (religion and the spiritual world) in the worst possible light.

If you actually explore the religious worldview, two things become instantly evident. First, that spirituality is much wider, deeper, and older than any single religion. Second, that spiritual experience exists on a level playing field with any other experience. Seeing a microbe under a microscope uses the same perceptual apparatus, so far as the brain is concerned, as seeing an angel, a soul, a departed ancestor, or God. This seems preposterous to the average science-minded skeptic, but in fact it is science itself that proves the validity of perception, and its deep mystery.

Let’s set aside the common skeptical argument that anyone who has had a spiritual experience is necessarily a charlatan, mentally unbalanced, self-delusional, lying, or all of the above. By “setting aside,” I mean that we won’t accept such experiences as ipso facto true, either. In fact, since religious and spiritual terms are so suspect in our present culture, let’s call the sight of a beautiful red rose spiritual; most people would call this a valid experience, and generally speaking they’d enjoy it.
Amazingly enough, neuroscience confirms that seeing a red rose requires a leap of faith, because to the best of scientific knowledge, there is no explanation for how this experience occurs. Inside the brain all experience is processed through physical activity involving chemical reactions and electrical impulses. These are not magical. The same chemical reactions and electrical impulses are more or less the same in a heart, liver, or lung cell. And yet, although the brain is totally dark, you can see the redness of a rose, an experience that becomes richer by smelling its scent and touching its velvety texture. None of those qualities exist inside your brain, either.

This is why an everyday experience like seeing a rose is inexplicable. Moreover, it is inconceivable, because there is no rational thought that explains how an ordinary physical object (a cell composed of water, salt, and a handful of other chemicals basic to
all living things) produces thoughts in the first place. The origin of a thought, like the redness of a rose, cannot be broken down into ingredients that once assembled, produce a coherent picture. Therefore, “spiritual” and “scientific” are not actually opposites, because the person who says “I see angels” is deeply immersed in a personal experience exactly on the same mysterious basis as the person who says, “I see this red rose.”

There is a gap, then, between what we experience and where that experience comes from, a gap between origin and phenomenon. This gap is always the same gap. The mind crosses it to produce the image of a rose or the image of billions of galaxies. If you go to the movies and see billions of galaxies on the screen, you don’t assume that anything more real is happening than if the movie showed a rose. Both are just images; their origin is the movie projector.

We have learned to ignore this gap during the scientific era, as a matter of custom, assumption, received opinions, and lack of curiosity. In practical terms, so far as research and technology is concerned, ignoring the gap is workable. The next iPhone will come out on schedule, and so on. But to claim that science and technology are based on true knowledge of reality is false, because until the gap is crossed, all assumptions about our origins–and the origins of reality–are faith-based. As soon as you cannot explain how a rose is seen as red–and no one can—reality itself is up for grabs. Experience is totally inexplicable on this side of the gap. It’s a matter of intellectual honesty to admit our ignorance, and from there, the possibility of knowing reality begins to open up. Cross the gap and all bets are off, whether you are spiritual or scientific. The truth will turn out, I imagine, to be infinitely larger than either worldview.