A Science of Miracles — No Longer Optional? (Part 2) 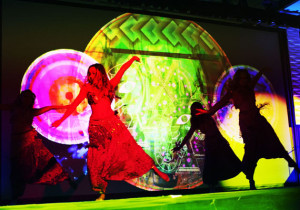 For most people, miracles are something left behind in childhood. They require innocent belief, not adult rationality. The camp of vocal skeptics and atheists provide a crossroads, in fact, where one way leads to irrationality, the other to rationality, as if this definitively defines where the truth lies. If you don’t take the way of rationality, you will wind up in the realm of superstition, primitive myths, magical thinking, and bogus miracles.

Why, then, did Einstein make his famous remark that either nothing is a miracle or everything is a miracle? Because he saw deeper into reality than the simplistic either/or of skeptics and atheists. As we saw in Part 1 of this series, there is no credible scientific theory that describes how the mind interfaces with reality. This means that there is no theory that proves the existence of miracles or disproves it. Until we can fully explain consciousness, we can’t fully explain the events that occur in consciousness.

It sounds startling, but science can’t explain ordinary experiences, much less supernatural experiences. No one knows how thoughts arise, why intuition exists, where creativity comes form, or most important of all, how the porridgy gray matter of the brain, which is totally dark and silent, produces the sights and sounds of the three-dimensional world. The simplest and most profound miracle that everyone encounters every day is this miracle.

So, if everyday sights and sounds are totally inexplicable, the possibility of miracles can’t be dismissed. That’s different, however, from saying that they do exist. What kind of reality would allow for them? One that is both ancient and cutting edge. In the ancient Vedanta of India, the physical world was seen as a projection of consciousness. This is also the best explanation that modern scientific thinking has proposed, although Vedanta is a fully formed view of reality while scientific theories about consciousness are still tentative and speculative.

What binds the two is this: The universe is being created beyond spacetime. This act of creation is going on right this minute. Vedanta says that you and I are part of the creative process. We are more than the body and mind that has emerged into the three-dimensional world. Our source is beyond spacetime, in the realm of pure consciousness. There would be no body, mind, or world for any of us if we weren’t connected to the source.

Miracles, then, are events that exist closer to the source than events we tag as normal and natural. Science gets us closer to the source all the time, which is why yesterday’s miracles routinely turn into today’s technology–someone had to dive deeper into the nature of reality to create transistors, airplane travel, television and radio. With current experiments in reverse causation, nonlocality, and antigravity, there’s every likelihood that so-called paranormal experiences will become normal in the future.

Ancient sages got close to the source in a way different from science. They did it through consciousness. Shifting reality through consciousness is called a miracle if someone appears in two places at once. Yet every time you have a thought, the electrical and chemical activity in your brain shifts, which amounts to the same thing. In meditation a person transcends the superficial activity of the mind to go deeper, and according to the world’s wisdom traditions, this journey toward the source has no limits–you can transcend the physical universe completely.

At that point reality shifts completely at the same time, for unknown to us in our everyday lives, the body, mind, and world are products of our state of awareness. The reason that Vedanta calls the everyday world a dream or illusion is that once you get to the source, you find that you change any aspect of reality as easily as in a dream. You have reached the womb of creation. There is no longer any doubt that you exist beyond spacetime–and always have.

Let’s accept, then, that it’s possible for miracles to exist. Proving it leads in two directions. Either you accumulate enough data through scientific means that no doubt remains about miraculous occurrences, or you take the journey personally to discover if God consciousness is real. That’s the actual fork in the road, not the rational/irrational fork of skeptics and atheists. Future science will have to explain consciousness in order to understand the universe; there’s no escaping the challenge. So it may turn out that either road, scientific or personal, will arrive at the same destination.

Deepak Chopra, MD is the author of more than 80 books with twenty-two New York Times bestsellers including Super Brain, co-authored with Rudi Tanzi, PhD. He serves as the founder of The Chopra Foundation and co-founder of The Chopra Center for Wellbeing. Coming soon, The Future of God (Harmony, November 11, 2014)