Is Failure Necessary for Success?

Originally published by The San Francisco Chronicle on September 21, 2015 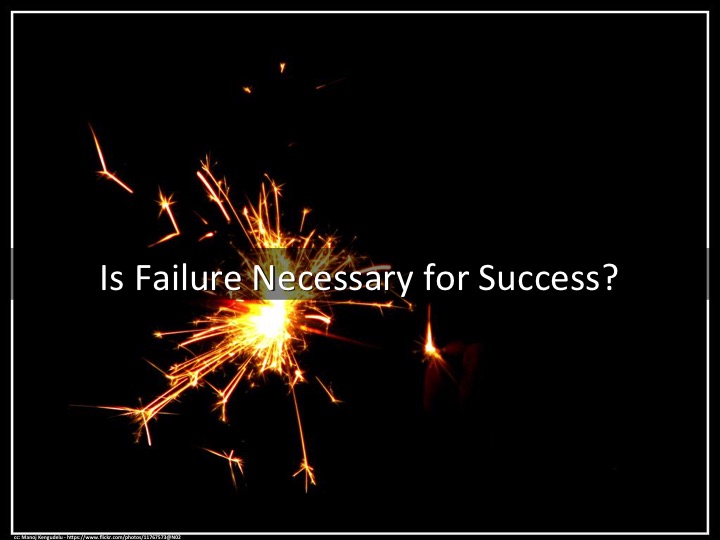 In a society that places a high value on competition and winning, everyone wants to succeed. It becomes difficult to discuss failure, which somehow translates into personal weakness, lack, or vulnerability. I’d like to reframe the whole relationship between success and failure so that both become part of a single process: your personal evolution.

As you evolve and grow, certain conditions appear on the path, and as they do, some people feel a sense of failure while other people don’t. Yet in both cases, the same situation has occurred:

Evolution never requires failure. Such situations are part of everyone’s life. What actually matters is your interpretation of what’s going on, and then your response based on this interpretation. Any situation, no matter how frustrating or challenging, can be interpreted as evolutionary. I don’t mean that you apply positive thinking to mask your fear and insecurity.

Instead, examine how evolution works. Evolution requires that you adapt, develop a new tactic, and move forward. In all of the situations I’ve just listed, you can do all three things if you have an evolutionary attitude. But awareness is required. You don’t automatically get back up on the horse again, because repeating the same action mostly leads to the same result—another fall.

By using awareness, you ask yourself key questions and then follow them up with the appropriate response. There is no perfect response that applies in advance, no formula that you plug into. The whole point of evolution is that there is something new to adapt to. So what are the elements of adaptation?

Deciding to fix it: You fix a situation when you have the power and support to make the fix. The fix must be doable and rational. You set a timetable to reach the goal you have in mind, without letting time drag on forever. You monitor the situation to make sure you’re not engaging in wishful thinking—the fix has to be real.

Deciding to put up with it: Looking for a fix always comes first, but sometimes there is no fix, for various reasons. The next possibility is to put up with the situation. This doesn’t mean going passive and living with resentment and frustration. Instead, you assess the pros and cons. There have to be positive reasons to stay. For example, you might foresee that a good change is on the way, or you may need time to tread water for a while as you look around for a better opportunity. If, however, you are putting up with a situation while feeling paralyzed, afraid, victimized, or dominated by someone else, those are not the right reasons.

Deciding to walk away: This is a decision you make when the first two alternatives aren’t realistic. Walking away can be very empowering. You are standing up for yourself and seeking to go somewhere that holds more value for you personally. The opposite is running away out of fear and insecurity. People who do that haven’t seriously considered their other options. They are generally giving in to a strong stress response, which is hardly ever a successful strategy.

The approach I’ve just outlined comes from personal experience as someone who has faced as much resistance, obstacles, and frustrations as anyone. But with a commitment to evolve, every potential for failure can be reframed into an important moment of renewal and progress.

DEEPAK CHOPRA MD, FACP, founder of The Chopra Foundation and co-founder of The Chopra Center for Wellbeing, is a world-renowned pioneer in integrative medicine and personal transformation, and is Board Certified in Internal Medicine, Endocrinology and Metabolism. He is a Fellow of the American College of Physicians and a member of the American Association of Clinical Endocrinologists. Chopra is the author of more than 80 books translated into over 43 languages, including numerous New York Times bestsellers. www.deepakchopra.com