A Path to Personal Forgiveness: Defeat the Three Dragons

Originally published on LinkedIn on September 21, 2015

A Path to Personal Forgiveness: Defeat the Three Dragons 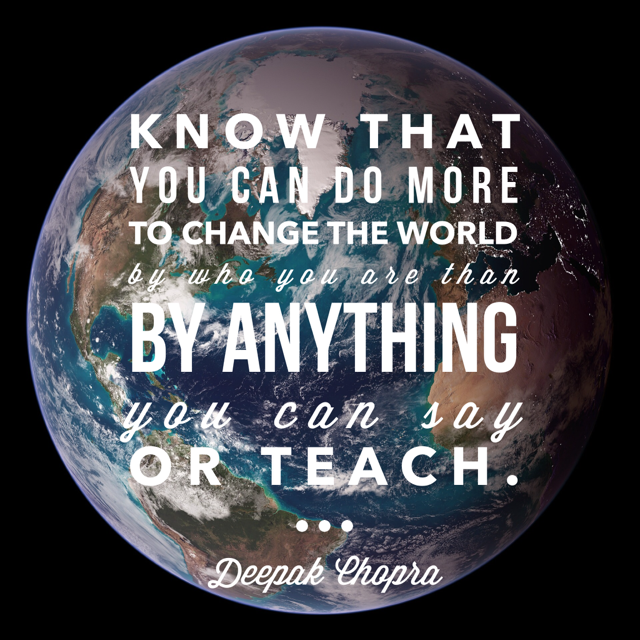 This post is part a series in which Influencers and members discuss how to drive change that matters. Read all the posts here and write your own; include the hashtags #2030NOW and #ForgiveForPeace in the body of your post.

All of us, I feel fairly certain, believe that forgiveness is a positive quality. But the fact that religion has been the traditional basis for finding forgiveness has made it seem quite often that there’s something saintly, or at the very least unusually gentle, compassionate, and selfless in those who can forgive. Since the current project is to create a wave of forgiveness with a global reach, I think forgiveness needs to be brought down to earth.

To begin with, forgiveness comes at the end of a process, not at the beginning. In order to forgive yourself or another person, three obstacles must be overcome. Let’s call them the three dragons of judgment, anger, and blame. Each has had powerful effects in everyone’s life. Millions of people feel justified in clinging to their own dragons, and it takes conviction to realize that nothing about judgment, anger, and blame actually serves anyone’s self-interest.

The reason that we cling to our dragons is out of a belief that they somehow serve us. In medicine we call this a secondary benefit, as when a child with tonsillitis gets to stay home from school and eat ice cream after his tonsils are removed—that’s a secondary benefit of being sick. The three dragons also have secondary benefits even though they represent a psychological malady.

Judgment has the benefit of making you feel righteous, justified, morally superior, and on the good side of “us versus them” thinking.

Blame has the secondary benefit of shifting responsibility to someone else, escaping moral scrutiny, and having no need to examine your part in the conflict.

Anger has the benefit of justifying revenge, providing an outlet for hostility and aggression, and keeping you safe from fear, which is a much harder emotion to deal with than anger.

As a practical matter then, the process of forgiveness is about choosing to renounce these secondary benefits. Why make such a choice? Leaving aside the people who have inculcated forgiveness as a moral or spiritual virtue, someone has to actually experience the advantages of forgiveness. The proof of the pudding is in the eating, and fortunately, almost everyone who has walked the path to forgiveness testifies that they feel much better personally without the burdens of judgment, blame, and anger. Second-hand testimony is a helpful motivation, but realistically, it’s a minor factor compared with the personal sensation of defeating your own dragons.

I’d like to encourage anyone who wishes to become a unit of peace in the world to consider walking the path of forgiveness, and so as a practical matter, let me simplify it—in essence, the following things are necessary.

A Path to Forgiveness: 7 Key Steps

If you pay attention to one or more of these steps every day, you will bring the power of self-awareness into play, and self-awareness is the level of the solution. Talking about forgiveness, struggling to overcome your own judgment, blame, and anger, even vowing to have no enemies in the world—these are good intentions that need a level of peace consciousness in order to be truly lasting and effective.

What I’m calling upon here is a merging of spiritual and moral values with psychological realism. A mind filled with judgment, blame, and anger has trained the brain to favor those pathways. Forms of violence become habitual when they are paralleled by pathways in the brain that have turned into the path of least resistance. The more you favor intolerance and prejudice, the easier they become. People who now see reason to abandon blame and judgment have turned those attitudes into default positions that their brains click into. It’s important to take seriously the numerous studies in social psychology that show something we all wish wasn’t true: The more you offer anyone rational reasons for letting go of a harsh prejudice or fixed opinion, the more strongly they cling to those prejudices and opinions.

By the same token, the most effective negotiators are those who enter a situation showing respect for both sides of the dispute—that’s because peace consciousness lowers the other person’s defensiveness. So we have already listed several reasons why forgiveness is personally beneficial:

This perspective will help you to consider the path to forgiveness, but the hard reality is that trying to be more peaceful raises a threatening specter. A voice inside warns, “If you forgive the bad guys, they only get stronger, and in the end you lose.” To bolster this warning, there are lots of frightening historical examples, such as the appeasement with Hitler that allowed him to invade helpless countries without fear of reprisal. Everywhere that evil and bad faith must be opposed, from Kosovo to ISIS, from the concentration camps to the Gulag, the power of forgiveness seems not just feeble but immoral.

For this reason, we are all fence-sitters about both peace and forgiveness. We pick and choose when to fight and when to forgive. We blame the people it’s impossible to forgive and make peace mostly with those who already want to make peace. Gandhi faced a tottering British Empire that was ready to make concessions; we have no Gandhis who stopped Attila the Hun. When it comes to fence-sitting, the following points may help to promote more forgiveness.

First, be easy with yourself. Forgive whom you can. Make the right gestures and keep making them, but don’t struggle to forgive someone you simply feel doesn’t deserve it. You aren’t meant to become a saint, only a unit of peace consciousness.

Second, allow yourself to evolve. Forgiveness is a path. The more you walk it, the more your awareness expands, and the possibilities of peace, compassion, kindness, and forgiveness expand at the same time, because these are qualities of consciousness once resistance has been removed.

Third, obey the practicalities without become a slave to them. As a practicality, criminals need to be caught, tried, and sometimes imprisoned. But to use this as a justification for revenge, cruelty, fear, and social feuding is to become a slave to wrongdoing. “Love the sinner but hate the sin” is a dictum almost impossible to live up to, but the distinction makes sense.

A world in conflict has always been with us. Fear, war, violence, retribution, and “us versus them” thinking have been in place since recorded time. But humankind evolves, and we are unique among all living creatures in holding the power of evolution in our own hands. A forgiveness initiative brings something new to the evolutionary table. For every person who becomes a unit of peace consciousness, the future changes even as the present is uplifted.

DEEPAK CHOPRA MD, FACP, founder of The Chopra Foundation and co-founder of The Chopra Center for Wellbeing, is a world-renowned pioneer in integrative medicine and personal transformation, and is Board Certified in Internal Medicine, Endocrinology and Metabolism. He is a Fellow of the American College of Physicians and a member of the American Association of Clinical Endocrinologists. Chopra is the author of more than 80 books translated into over 43 languages, including numerous New York Times bestsellers.