Congratulations to our Sages and Scientists Art and Culture Alumnus, Child Actor, and the debut of

their new song, “7 De Septiembre”, dedicated to those seeking peace and freedom.

For Child Actor, “7 De Septiembre”—a cover of the 1991 single by Spanish electro-pop band Mecano—is as personal as anything in their own original discography. Marking the first time that Venezuelan vocalist Natalie Plaza has contributed vocals in her native Spanish to the project, it is a time capsule of longing and nostalgia released at a moment when her home country is in the throes of a prolonged economic and social crisis.

Keeping the tender melodicism and emotive dynamic range of the original intact, the duo seeks the sublime in the song’s startling contrast between sacred, hushed beauty and ‘90s synth-pop catharsis. As reverent as their approach may be, Child Actor’s signature is unmistakable as producer Max Heath sets Plaza’s alternately jubilant and whisper- quiet harmonies against an enigmatic foundation of swooping disembodied vocal samples.

Child Actor says: “This song is dedicated to Natalie’s friends and family in Venezuela and a generation that is being forced to substitute struggle for ambition.”

“7 De Septiembre” follows acclaimed 2014 LP Never Die and arrives as Plaza and Heath are in the midst of recording their next project under the working title Emberland.

And even though the tale came to an end there

something still alive in this love.

And, blow as hard as we may

There are flames that not even the sea (can quench).

and we don ́t know whether to kiss each other

on the cheek or the lips 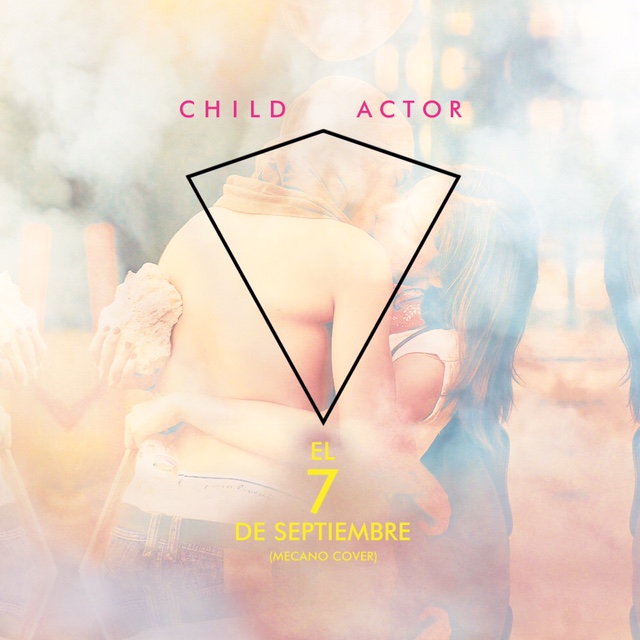