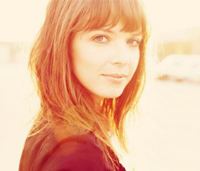 Charming and whip-smart, with a wicked sense of humor that balances out her insightful, introspective nature, the Los Angeles-based singer, songwriter, and musician is exactly the type to stir things up. A fixture at Los Angeles’ creative musical haven The Hotel Café, Jansen released a collection of confessional, piano-based alt-pop songs in the form of her debut album Bells in 2009 and watched it become a best-seller in Europe, where her Dutch roots led to platinum sales in Jansen’s native Holland, sell-out tours across Germany, and even two tours of China.