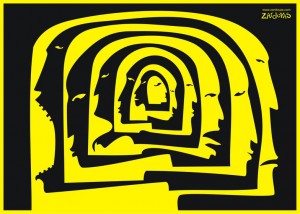 Despite their many divergences, science and philosophy are both led forward by reality. This is inevitable if facts, concepts, axioms, and other mental models are to be reliable.  There are two ongoing projects, thousands of years old by now, that sprang from a different response to reality and where it leads. Roughly speaking, they are materialism and idealism. Materialism is fact-based, data driven, and wedded to the notion that “reality as given” is essentially trustworthy. Idealism cannot accept “reality as given” but looks to a hidden intelligence or level of Nature (if not God or the gods) that invisibly originates the physical universe.

To anyone who isn’t a professional scientist or philosopher, this divergence is mystifying, as if reality was a Chinese menu offering Platonism, Christianity, and Buddhism in column A and Aristotelianism, Einstein, and the Higgs boson in column B.  As a practical matter, however, the ordinary person, including ordinary scientists, lead common-sense lives that depend implicitly on trusting the five senses and accepting “reality as given.” A quantum physicist drives his Honda Civic to work, not the ambiguous cloud of subatomic particles that he knows, professionally speaking, to be the substrate of every physical object, including automobiles

Yet reality cannot be approached as Solomon’s choice. It isn’t tenable to divide it between materialism and idealism, each getting half. (For the moment, we’ll set aside the obvious disparity by which materialism got the whole baby while idealism was left with a teething ring and hints of a soul.) Understanding the nature of reality is too important to be left to specialists; the ordinary person deserves to know that certain first principles are true, applicable to reality itself, not a model of reality that exists to satisfy one stream of intellectual curiosity or the other. 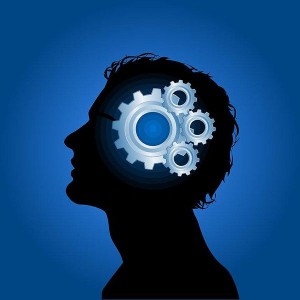 The problem for the “matter first” position is that no one has credibly described the point at which unconscious particles acquire consciousness. That they somehow did is simply an unproven assumption. The problem for the “mind first” position is exactly the reverse: how to describe the mechanism by which consciousness morphs into physicality.  These matching dilemmas would be of purely academic interest to ordinary people except for their practical implications, if any.  If reality is leading us to see it in a different, more comprehensive way, there can’t help but be practical outcomes. But that’s a secondary issue, which we will address in our conclusion.

In the early quantum era, a number of seminal thinkers suspected that the link between materialism and idealism could only be found by exploring the role of consciousness. A handful of notable quotes summarizes their suspicions:

Erwin Schrödinger: “To divide or multiply consciousness is something meaningless.”

“There is obviously only one alternative, namely the unification of minds or consciousness…. [I]n truth there is only one mind.”

Werner Heisenberg:  “The atoms or elementary particles themselves are not real; they form a world of potentialities or possibilities rather than one of things or facts.”

It has taken a long time for these intimations to be recognized as profound insights.  The lag time was due to various things – consciousness wasn’t considered a valid scientific subject; quantum theory had other fish to fry (for example, reconciling quantum mechanics with relativity); and in general the excitement of the quantum era was being generated by a complex set of new facts.  Consciousness could be conveniently relegated to metaphysics and ignored. The triumph of one monism, the “matter first” worldview, seemed inevitable.

Yet at bottom the common-sense world of solid tangible objects fixed in space and time had been fatally undermined by quantum theory.  This changed the status of facts per se. A fact could be accepted as a certainty in the classical Newtonian model, deriving from Aristotelian mechanics. Quantum facts were entirely different, taking into account the uncertainty principle and Schrödinger’s equation.  It was valid to describe quantum behavior as a field of possibilities governed by mathematical probabilities.  Thus a fact became a mental calculation first and foremost, with experimentalists struggling at great expenditure of time and money to gather fleeting evidence that a set of mathematical predictions was supported by data.

With startling speed, skipping over myriad complexities, we arrive at the present situation, where despite the astonishing accuracy of quantum mechanics (touted as the most accurate scientific theory ever developed), there is more doubt than ever about the nature of reality. By definition reality is more complex than any model can portray, and once a model runs into phenomena it cannot explain, we are compelled to follow wherever reality leads next.

It’s been well said that theories are right about what they include and wrong about what they exclude. We take that as axiomatic. To follow reality’s next hints, it is necessary for materialism and idealism to both abandon their prejudices, the chief of which is to protect the ground they’ve already won. Science has no reason to abandon its demand for data. The upholders of idealism (found in a loose aggregation of religion and spirituality, with a sprinkling of outlying philosophers, perhaps) have no reason for abandoning the inner world of subjective experience, with its remarkable capacity for insight, intuition, art, etc.

Since science dominates the current view of reality, we are more or less forced, as a provisional measure, to accept its demand for data, even though facts as such have been seriously undermined.  There are some new hypotheses that bridge the gap between the quantum and classical worlds, making it possible to glimpse an underlying connection.  Such a connection would justify seeing reality as a unity, after which we can decide which unity, the materialistic or the idealistic, is more credible. If reality’s hidden dimension is actually open to us, everyday life will be radically transformed, as we’ll discuss in the next post.