What’s the Point of Being Human? The Best Answer So Far. 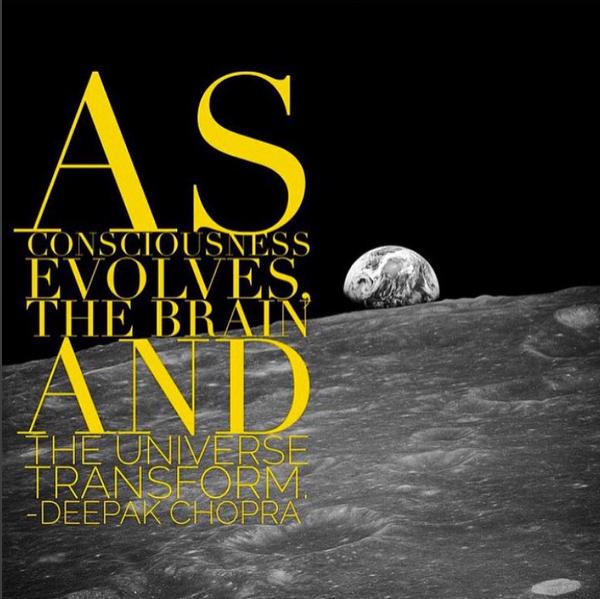 The point of being human is to push the envelope of being human. This is worth remembering when times are tough and we lose confidence in ourselves. No other creature on earth has the capacity to redefine itself. We do.  How humans gained this ability remains a totally mystery. Looking at physical remains, it’s possible—although controversial—to outline the evolutionary march from ape to hominid, from hominid to Homo, and finally from Homo to our specific species Homo sapiens.

But the physical evidence is blurry at times, and even a simple achievement like the discovery of fire is up in the air; estimates could be off by hundreds of thousands of years. But not a single physical trait explains why we are self-aware. Awareness gave us the ability to push the envelope of being human. Ten thousand years ago the higher brain, the cerebral cortex, was a finished structure, more or less. In other creatures, once their brains are finished, that’s the limit. An elephant’s huge brain allows, we think, for emotional empathy. Elephants grieve over the dead and are emotionally tied to one another.

But an elephant’s brain can’t do math, write poetry, or invent the atom bomb. The human brain is the secret, physically speaking, behind our incredible abilities with language, tool-making, art, and weaponry. But no one knows the secret behind how the mind uses this brain. On the one hand, we remain totally confused about who we really are. We don’t even know if we are basically good or bad. At the moment, opinion has turned us into baddies destroying the environment. But that’s a lopsided view, given the fact that no matter how horrible our behavior, we can look in the mirror and change it.

If this is true—and it seems undeniable—then what’s the next stage in pushing the envelope? No one knows, because the whole point of human evolution is that you can’t predict where it’s going. Indeed, none of us knows what our next thought will be. We plunge into the unknown at every second. But in the face of confusion, uncertainty, and low morale, one possibility remains untarnished. We are likely to become even more self-aware. That’s the pattern that has held good for all of recorded history, and despite every catastrophic setback and horrifying turn of events, the march of awareness continues.

Some people have even made awareness their life’s work. They take it upon themselves to push the envelope into higher consciousness. What they report back to the rest of us then becomes the new frontier. “Here’s what we can become. Now choose.” That’s the message repeated over and over again.

Recently I’ve been inspired by Dr. A. K. Mukhopadhyay of the All Indian Institute of Medical Sciences, who has developed the most important model for where human beings are headed, based on this ever-renewing theme of higher consciousness.  In a sense Mukhopadhyay has picked up the thread offered by Jonas Salk, whose later career after achieving worldwide fame for the vaccine that eradicated polio was devoted to the future path of humanity. Decades before we got ourselves into the present ecological crisis, Salk saw that the evolution of our species would no longer be physical. The only way forward would be mental and spiritual. The force of evolution, which for millions of years has pushed on the physical plane, has now been internalized. The inner world is our future.

Mukhopadhyay has taken this insight, which is now accepted by millions of people, and has convincingly shown (both in his books and more succinctly through YouTube videos) that higher consciousness isn’t a spiritual aspiration open to a few gifted saints, sages, and gurus. In reality it’s a universal trait; we would not be who we are without it. I am synopsizing here, but the essence of Mukhopadhyay’s insight lies in the term “supracortical consciousness,” and I will spend the rest of this post unfolding why this obscure term holds the key to a leap in human evolution.

The standard view of human consciousness is physical, based on primitive life forms that exhibit no mind to evolved species like reptiles that have advanced nervous system but still no mind, then lower primates, higher primates, and finally Homo sapiens—in short, a 4-billion-year evolutionary march that saw mind emerge very gradually. Humans may feel guilty about many things, from war and crime to our despoiling of Nature, but we still see ourselves standing on the highest rung of evolution. Until we evolved, mind was totally or partially undeveloped, as witness our unique higher brain.

The problem with this physical view of consciousness is that it’s like saying that a better computer will make you smarter. In reality, it’s the other way around. When you’re smarter, you can build a better computer. That is exactly what nature did, in Mukhopadhyay’s view. Higher consciousness built a better brain, and using this ever more intricate mechanism, it pushed the envelope of mind—a process that hasn’t ended and never will. There has always been an organizing intelligence higher (supra) than the cortex. Hence Mukhopadhyay’s choice of “supracortical” to describe it.

The notion of a cosmic mind that human evolution is trying to reach isn’t new. It lies behind every spiritual tradition, even though the name for this supracortical consciousness has shifted. Sometimes it’s called God, sometimes Atman, Brahman, soul, or simply spirit. Mukhopadhyay unabashedly links his thinking to India’s spiritual past, but his overarching aim is scientific. In this regard he has offered a brilliant and very challenging hypothesis, which says that current sciences, including biology, chemistry, physics, medicine, and even the “soft” science of psychology, cannot explain what makes us human unless supracortical consciousness is introduced.

Without it, a host of mysteries remain unsolved:

The beauty of Mukhopadhyay’s interpretation is that he encompasses the whole picture, giving each science its due while steadfastly asserting that no branch of science can explain why reality is what it is. All come up against dead ends. Physics cannot explain the origin of space and time. Biology cannot explain the spark of life and why it caused simple sugars and amino acids to become living entities. Psychology cannot explain where thoughts come from. Neuroscience cannot explain how the dark, silent, watery recesses of the brain create a four-dimensional picture of the world filled with light, sound, and color.

The only way to get past these dead ends is to find a single organizer that knows what it is doing.  It has known all along that evolution, life, creativity, intelligence, and Homo sapiens would emerge, because at the level of cosmic mind, only an all-encompassing vision that attended to the smallest subatomic particle and the vast reaches of outer space could possibly link them into a dynamic, coherent whole.

With this in mind, we now know why human beings keep pushing the envelope of being human. Our self-awareness extends beyond the cortex, which after all is merely a physical receiver for what consciousness wants to tell us. We are supracortical creatures. We always have been, but like an infant that lives for today without a vision of adulthood, we are confined inside the present moment. The present moment is a laboratory of possibilities. Infinite possibilities are embedded in higher consciousness. It’s our destiny, enclosed in time and space, to unfold them one by one, to be amazed by what it means to be human, and then to move on to whatever lies ahead.

Deepak Chopra MD, FACP, founder of The Chopra Foundation and co-founder of The Chopra Center for Wellbeing, is a world-renowned pioneer in integrative medicine and personal transformation, and is Board Certified in Internal Medicine, Endocrinology and Metabolism.  He is a Fellow of the American College of Physicians and a member of the American Association of Clinical Endocrinologists. Chopra is the author of more than 80 books translated into over 43 languages, including numerous New York Times bestsellers. His latest books are Super Genes co-authored with Rudolph Tanzi, PhD  and Quantum Healing (Revised and Updated): Exploring the Frontiers of Mind/Body Medicine.  www.deepakchopra.com