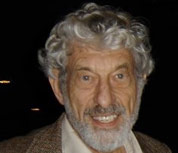 After a BS in Engineering Physics from NYU, I started graduate school at Columbia, expecting to stay for only a year, and use up what was left of my GI Bill entitlement. But finding I enjoyed research much more than coursework, I went on to complete a PhD studying microwave molecular spectra. It was my first serious use of quantum theory. After a postdoc at UC Berkeley investigating electron motion in metals (Fermi surfaces), I looked for an industrial research job, which was always my intention.

I went to work at the research labs of RCA, at the time the world’s largest electronics company. (Years after I left, RCA was acquired by GE. “RCA” is today just a trademark.) For almost a decade at RCA Labs I variously worked on the behavior of electrons in semiconductors, plasmas in solids, and superconductivity. I was also involved with projects more directly concerned with RCA’s commercial interests. In my last years at RCA, I headed the General Research Group, which encompassed those research projects not yet identified with a specific RCA product.

Leaving industrial research was not an easy decision. I was happy there. But academia would be a new experience. At UC Santa Cruz, I became chair of the Physics Department and continued research on superconductivity. Over the years, I held a variety of administrative positions. For a couple of years, my research focused on a biophysics problem, analyzing a mechanism animals might use to detect the earth’s magnetic field.

A colleague and I each wanted to increase the amount of consulting we did, and therefore started a consulting company. It had limited business, none actually, until a friend with extensive government and industry connections came to Santa Cruz and took over as company president. For a good part of each year for the next eight, I led consulting projects for government, industry, and public utilities. The consulting company morphed into a specialty semiconductor chip design company, and my contact became peripheral.

Teaching a physics course addressed to liberal arts students, I became intrigued by the mysteries of quantum mechanics, an interest simmering in the back of my head since graduate school. When Fred Kuttner joined our physics department, we realized our common interest in the foundations of quantum mechanics, and that became our joint research. It eventually led to the writing of Quantum Enigma.

Kuttner and I, being the two members of our physics faculty with industry experience, co-teach a course, “The Physicist in Industry,” to help physics majors prepare for an industrial career.