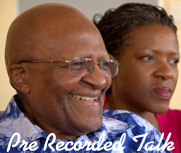 Anglican Archbishop DESMOND M. TUTU won the Nobel Peace Prize in 1984 and the Templeton Prize in 2013, and was the founding chair of The Elders from 2007 to 2013. In 1986 he was elected Archbishop of Cape Town, the highest position in the Anglican Church in South Africa, and in 2009 he received the Presidential Medal of Freedom, the United States’ highest civilian honor. In 1994, Tutu was appointed as Chair of South Africa’s Truth and Reconciliation Commission, where he pioneered a new way for countries to move forward after experiencing civil strife and countless atrocities. 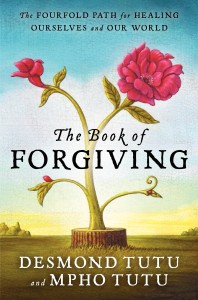 The Reverend MPHO A. TUTU, an Episcopal Priest, is currently the executive director of The Desmond & Leah Tutu Legacy Foundation and has run ministries for children in Worcester, Massachusetts; for rape survivors in Grahamstown, South Africa; and for refugees from South Africa and Namibia at the Phelps Stokes Fund in New York City. She is pursuing a doctorate on the subject of forgiveness from Vrije University, Amsterdam. With her father, Archbishop Desmond Tutu, she has authored Made for Goodness and, now, The Book of Forgiving.