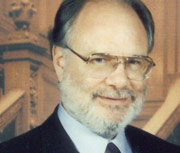 In a 1935 paper, Einstein, Podolsky, and Rosen (EPR) showed that quantum theory included what Einstein called “spooky action at a distance” or “voodoo forces.”  Einstein also proposed a definition for physical reality that physical theories must accept.  In 1962, John Bell showed that any theory of nature which both denied “voodoo forces” and accepted Einstein’s reality must give experimental results different from those of quantum theory.  Experiments since the 1970s have agreed with quantum theory.  It is thus generally accepted that Einstein’s “spooky actions,” now called “entanglements,” do indeed exist. They are today the basis of industrial research on quantum computers, but they are nevertheless mysterious.