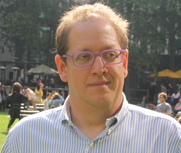 Jeff Pulver co-founded Vonage and has been called a Voice over Internet Protocol pioneer. He is now chairman of Zula, which he co-founded, and he invests in early-stage startups.

Notable Success; he produced the State of NOW Conference, also known as 140 conference or simply #140conf, that explores the effects of real-time Internet on business and individuals. In 2004 The FCC issued The Pulver Order, the first positive ruling for VoIP in the world.