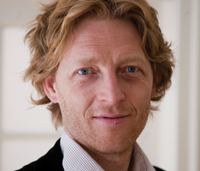 Karel Janeček is a Czech anti-corruption activist, mathematician and
social reformer. Educated in the Czech Republic and the United States,
he founded a company, RSJ, which has become one of the most successful market makers in derivatives exchanges worldwide.

He currently devotes his time to promoting accountable government through citizen action and electoral reform called Democracy 2.1, as well as to foundations supporting scientific research and whistleblower protection. In his spare time he enjoys skydiving.