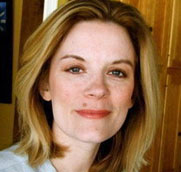 Kathy, who began her global activism in war-torn Yugoslavia where she worked with women survivors of the siege and rape-genocide camps, has been a social change fundraiser for 15 years, raising more than $150 million dollars in the fields of women’s human rights, hunger and poverty relief, and movement-building. In addition she has directed an additional $100 million in philanthropic dollars to organizations working to make a difference. Kathy serves as an adviser and consultant to Fortune 100 companies, universities, international NGOs, and the United Nations. She is a sought-after speaker on strategies for social justice and empowering women to come into their voice.

In the year 2000 Kathy was nominated for a Reebok Human Rights Award for her 15 years of service as a human rights activist. She was named one of Business West Magazine’s “40 Under 40” and, in January 2010, she released her first book, The Generosity Plan, published by Simon & Schuster/Atria and Beyond Words. She is the recent recipient on the 2012 First One Access Award, which honors prominent public figures for their inspirational roles as the first in their families to get a college degree.

Kathy has appeared on numerous television and radio shows including Oxygen TV and The Oprah Show. Kathy is a member of the Advisory Board at Feminist.com where she has led discussions with Jennifer Buffett, Gloria Steinem and other progressive women leaders. She has recently become a member of the NYC One Billion Rising Committee through V-Day, working with Eve Ensler to demand an end to violence against women globally. Recently, Kathy has re-ignited her passion for animal rights and is a proud advisor to the NYCLASS initiate. They are working to find an alternative to the horse-drawn carriage industry in New York. The industry creates an unsafe environment for citizens and continues to injure and kill horses.

Kathy is currently working on her next book, hoping to focus on finding humanity in modern Philanthropy.