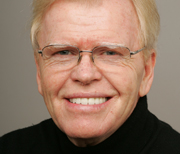 Kevin M. McGovern is the Chairman and CEO of McGovern Capital, LLC, which provides investments and business strategy to emerging companies, particularly those engaged in consumer technologies and holders of Intellectual Property Rights. He has founded over a dozen companies, seven (7) of which have become world and/or category leaders, including SoBe Beverages, Tristrata (AHA skincare technology), and KX Industries (home-based water purification).

McGovern founded and serves as Chairman and CEO of The Water Initiative (“TWI”) (www.TheWaterInitiative.com), which develops and markets home-based water purification systems, particularly in developing countries. TWI has worked with the Mexican government and the people of Mexico as its first pilot. In less than 2 ½ years, TWI has formulated technology solutions to Mexico’s most severe unclean water conditions and has launched product distribution through the government and through those people most impacted. He also serves as Co-Chair of the Advisory Board and Board Member of the USA Pavilion and is Senior Advisor (only foreigner) to the Development Committee of the 2010 Shanghai World’s Expo. McGovern was a founder of SoBe Beverages, which was the US’s fastest growing beverage company growing to $250mm in sales in less than 4 years, and established the “new age”/nutraceutical beverage category. SoBe was sold to PepsiCo. He also was a founder of KX Industries, which was the world’s leader in developing and marketing water and air carbon filters. KX developed and supplied the first home-based end of tap (“Pur”) filter for P&G and Brita and the first refrigerator water filter for Electrolux. McGovern co-published the pioneering Forbes/Wolfe Nanotech Report, which is currently the Forbes/Wolfe Emerging Tech Report.

He created and directs the worldwide licensing program for Tristrata Inc., which owns the rights (over 100 patents) to Alpha Hydroxy Acids (“AHAs”), the most successful

skin restoration and wrinkle reduction technology in skin care history. Tristrata licenses over 70 companies and is the leading seller of skincare products to dermatologists and plastic surgeons in over 80 countries. McGovern is a principal and strategist for Clean Coal Technologies, Inc. which has created proprietary technologies to clean coal; for EnviroFuels Manufacturing, Inc., which markets and distributes proprietary smokeless stoves; and for Aquea Scientific, which developed and markets proprietary nanotechnology to “wash-on” additives to the skin, such as sunscreens; as well as an innovator to the fragrance industry. McGovern has served on various public and private Boards, including The Sports Authority (Executive Committee) and Nobel Education, and is the Co-Chairman of the Silver Shield Foundation, which provides education and counseling assistance to families of police and fire fighters killed in action in New York, Connecticut and New Jersey. A graduate of Cornell University (BA) and St. John’s University School of Law (JD), he is a Presidential Councilor (highest honor to alumni) and Trustee Emeritus of Cornell University, having chaired its IP and Tech Transfer Committees. He also serves on Cornell’s Joint Venture (CNI) in Singapore, Chairs [email protected] Cornell, and was named Cornell’s “Entrepreneur of the Year” in 2007. He teaches each spring at the Johnson Graduate Business School (Global Innovation and Commercialization) and recently donated and founded the McGovern Family Venture Development Center, Cornell’s first on campus science/business incubator.