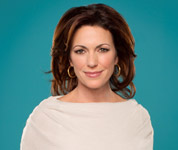 Kyra Phillips is a correspondent for the CNN investigative and documentary units. Previously, Phillips anchored Raising America with Kyra Phillips, a daytime interactive and investigative broadcast, focused on news stories impacting the modern American family. An award-winning journalist, Phillips joined CNN in 1999, moved to HLN in August 2012 and led the network’s 2012 election coverage. She is based at the network’s world headquarters in Atlanta.

Phillips completed four tours of reporting in Iraq, not only writing about the war, but how it has affected life for the Iraqi people. Her coverage included stories on substance abuse as an escape from war, The Baghdad School for the Blind and an exclusive look inside Saddam Hussein’s cell and personal diary. Her war coverage secured her the Atlanta Press Club’s National Reporter of the Year for 2007. Her coverage about race relations and tensions in Jena, La., following the appearance of nooses at the town’s high school earned her a top documentary award from the Society of Professional Journalists.

Phillips has traveled to cover and investigate a wide range of breaking news, she garnered a worldwide exclusive with ADM Thad Allen, National Incident Commander for the Deepwater Horizon oil spill in the Gulf of Mexico, gaining unprecedented access to the disaster site. She reported on and produced a number of documentaries and special coverage from Billy Graham’s last revival in New York, to the announcement of Republican vice presidential candidate Sarah Palin in Alaska, the Atlanta courthouse shooting, Hurricane Katrina and sexual assault in our prestigious military academies. She also covered the Sept. 11 terrorist attacks, CNN’s Election coverage.

Just prior to the war in Iraq, Phillips became the first female journalist to fly in an F-14 air-to-air combat training mission over the Persian Gulf. She produced exclusive reports on the U.S. Navy’s reconnaissance missions from the P-3 aircraft and maritime interdiction operations from USS Paul Hamilton. For the first time ever, television audiences got a look inside the training of Naval Special Warfare, the Navy’s Special Operations Command, taking viewers inside Navy SEALS and Special Warfare Combatant Crewman training.
Then in 2003, Phillips reported as an embedded journalist aboard USS Abraham Lincoln during the war in Iraq and from the ground once the U.S. military moved in.

In January 2002, Phillips spent a month in Antarctica, working on a documentary about the science and danger on Earth’s most frigid continent. Phillips traced the steps of the famous explorer, Sir Ernest Shackleton. Building and sleeping in an igloo, rappelling down glaciers, and introducing viewers to rare penguin colonies, Phillips revealed some of the continent’s most fascinating scientific discoveries.
Phillips has extensive police, SWAT and weapons training. She also has reported on and participated in specialized aviation training with the Navy’s elite TOPGUN School.

In 2001, Phillips was the first network correspondent to gain exclusive access to CAG 9, the elite Navy airwing, as it prepared for the war against the Taliban in Afghanistan. Her reports took viewers inside the cockpits of the most advanced strike fighter jets in the world and into training as sailors and officers got ready to go overseas and fight the war on terror.
Before joining CNN in October 1999, Phillips served as an investigative reporter in the Special Assignment Unit for KCBS-TV in Los Angeles. From 1994-1995, she was a weekend anchor and reporter for WDSU-TV in New Orleans. Previously, she anchored the weekend newscasts and reported for WLUK-TV in Green Bay, WI Phillips also has served as morning anchor for KAMC-TV in Lubbock, Texas, and as a field producer for CNN-Telemundo in Washington, D.C.

Phillips has won two Peabody awards, six Emmy awards, two Edward R. Murrow awards for investigative reporting and in 1997, the Associated Press named her Reporter of the Year. Additionally, she has won numerous Golden Microphones and other honors. Phillips’ investigation into how a convicted murderer could purchase personal information about children triggered national legislation and earned her the Bill Stout Memorial Award for enterprise reporting.

Since 1992, she has been a Big Sister with national Big Brothers/Big Sisters of America mentoring program. She participates on the board of The Brain Tumor Foundation for Children, and in 2013 received the natiional Global Down syndrome Foundation’s Quincy Jones Exceptional Advocacy Award.

Phillips earned a bachelor’s degree in journalism from the University of Southern California. She is married to fellow journalist John Roberts and they are the proud parents of beautiful twins.