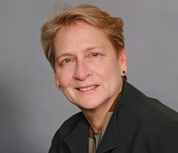 In August 1996, Laura Liswood co-founded the Council of Women World Leaders with President Vigdís Finnbogadóttir of Iceland located at the Woodrow Wilson International Center for Scholars in Washington, DC. Ms. Liswood is the Secretary General of the Council, which is composed of women heads of state and government. The work of the Council expands the understanding of leadership, establishes a network of resources for high-level women leaders, and provides a forum for the group to contribute input and shape the international issues important to women and society.

In 2001, Liswood was named Managing Director, Global Leadership and Diversity for Goldman Sachs. Working on issues of globalization and workforce diversity, she is now a Senior Advisor to the firm.

In 1997, Liswood co-founded The White House Project. Her work with women presidents and prime ministers was the inspiration for the Project to change the cultural message in the United States about women as leaders.

From 1992 to 1996, as director of the Women’s Leadership Project, Liswood identified global leadership contributions by women heads of state. She interviewed 15 current and former women presidents and prime ministers, which is chronicled in her book and video documentary, Women World Leaders (1996 and 2007, Harper Collins).

Liswood’s professional experience includes CEO/President of the American Society for Training and Development, and executive-level consulting to Fortune 500 and international companies. She received the Westinghouse Award of Excellence for her contribution to women and minorities in the work place. She is also the author of a book on service quality, Serving Them Right (Harper Business).

Liswood, a nationally recognized speaker, author, and advisor, has contributed to leadership and diversity in the diversity community for many years. Former commissioner of the City of Seattle Women’s Commission, Liswood was the owner/publisher of Seattle Woman. In 2000, the Secretary of Defense appointed her to a three-year term of the Defense Advisory Committee on Women in the Services (DACOWITS). After the events of September 11, 2001, Liswood became a reserve police officer in Washington DC and is now a sergeant.

Liswood has also held management positions in the airline industry, and was a consultant for the Boston Consulting Group. She holds an M.B.A. from Harvard Business School and a B.A. from California State University, San Diego. She holds a J.D. degree from the University of California, Davis, School of Law, and is admitted to practice law in California and Massachusetts.

Her latest book, The Loudest Duck (Wiley and Sons 2010), is a business guide that uses parables and anecdotes to examine the challenges to traditional workplace diversity efforts and provides innovative strategies to create truly effective workplaces for all.