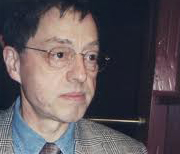 I describe phenomena of quantum physics which show that the basis of matter is non-material; that a non-empirical realm of reality exists, which doesn’t consist of things but of non-material forms of potentiality; and that a cosmic consciousness exists, which is thinking in us. The discovery of the quantum phenomena is a sign that humanity is undergoing a metamorphosis of consciousness, as though the evolution of life was moving on to a new human species. Such a process is a much-needed development in a globalizing world, in which outmoded structures of consciousness – archaic, magical, mythical and rationalistic – are at war with each other, causing unbearable violence and suffering every day. Arguments are presented which show that the newly evolving consciousness is integrative (Jean Gebser’s term). It acknowledges what is truth in ancient structures of consciousness and it integrate seemingly incompatible opposites to a new synthesis; for example, I show how human spiritual needs can be integrated with the need to describe the world in a rational way. Within the integrative structure of consciousness we can build a kinder world, belonging to a wholeness, in which all human beings can live together in peace, and with love and hope. The signals coming to us out of the quantum world are of a holistic universe, in which the right way of life isn’t found in the ruling Darwinian ethics of aggression and greed, but in the desire for social bonding and mutual support; and the evolution of life isn’t a process of the adaptation of life forms to their environment, but the adaptation of life to the invisible forms of the cosmic potentiality.