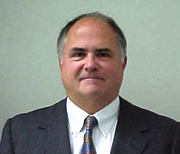 Marc Newkirk spent four decades at the fore-front of science and technology. Educated as a Materials Engineer at Brown University, he is a prolific inventor, named on more than a hundred U.S. and nine hundred foreign issued patents. He has founded or co-founded half a dozen businesses in the field of advanced materials based upon those innovations, in the areas of aerospace, defense, electronics, automotive, semiconductor manufacturing equipment, and mining and materials processing equipment. He was elected to membership in the National Academy of Engineering in 1997 for his accomplishments in the development and commercialization of materials and process technologies.

A recipient of medals awarded by Brown University and The Franklin Institute, the Application to Practice Award of the Minerals, Metals and Materials Society, and the Real Advances in Materials Award of the National Association for Science, Technology and Society, he is listed in American Men and Women of Science.

His current focus is on the creation and commercialization of technologies that illustrate the nexus between consciousness and what we perceive to be physical reality. He is currently President of The Lightfield Foundation, a 501(c)3 charitable organization, with the purpose of developing scientific understanding regarding the relationships between consciousness, energy, matter and the structure of the Universe, and creating and bringing into active use technologies which elevate human consciousness and human potentials.