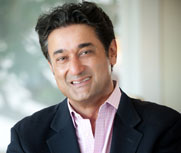 Narry Singh is a successful entrepreneur and advisor and brings 18+ years of experience in mobile, entertainment, software, and electronic commerce industries.

As an entrepreneur, he has spent the past few years building Outfit7 into one of the world’s leading mobile entertainment companies with over 800 million user installs in 105 countries. Outfit7 is the creator of the hugely popular Talking Friends mobile entertainment apps, such as Talking Tom, Talking Ben amongst others. Outfit7 was recently selected as one of the “Top 10 Mobile App” companies of all time (others included Facebook, Google, Angry Birds and YouTube). Videos based on the Talking Friends have been viewed over 510 million times online, with over 100 million views coming from the 10 online TV shows co-produced with Disney. The Outfit7 team achieved this market dominance in 3 years, with less than 100 employees, without ever raising any outside funding, a feat unmatched in today’s market. Prior to Outfit7, two of his companies were successfully acquired and another went public with a peak market capitalization of $23bn (Commerce One). He has led global teams and built multiple businesses that have generated over $750mm in sales, raised over $230mm in funding, employed over 6,000 people and set up businesses in 38 countries.

As an advisor, he has helped both Fortune 500 and emerging companies develop and implement growth strategies, leverage new technologies, implement sales and marketing process improvements and establish new ventures. He started his consulting career at The Mac Group (later Gemini Consulting); was the youngest ever equity partner at The McKenna Group: and ran his own consulting firm for 5 years.

He was recently selected by the United Nations Foundation as one of the world’s “Top 10 Global Entrepreneurs” and will serve as their innovation and entrepreneurship ambassador for two years.

His operating motto—“if everything is under control, you are going too slow”—comes courtesy of legendary racecar driver Mario Andretti. Narry lives it 24/7.