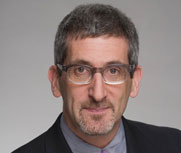 Neil Theise, MD is a diagnostic liver pathologist, adult stem cell researcher, and complexity theorist in New York City, where he is Professor of Pathology and of Medicine at the Beth Israel Medical Center of Albert Einstein College of Medicine. His research revised understandings of human liver microanatomy which, in turn, led directly to identification of possible liver stem cell niches and the marrow-to-liver regeneration pathway. He is considered a pioneer of multi-organ adult stem cell plasticity and has published on that topic in Science, Nature, and Cell. His publications defining the liver stem cell niche have been highlighted on a record five covers of Hepatology.

Amongst his numerous awards and honors, Dr. Theise has received an honorary doctorate from the University of Bordeaux. He also feels it a great honor and privilege to have been asked to serve as co-editor and co-author for the “World Health Organization Classification of Tumors of the Digestive Tract” and to author the hepatobiliary chapters in the new editions of “Robbins’ Basic Pathology” and “Robbins and Cotran Pathologic Basis of Disease.” He has also contributed chapters to “MacSween’s Pathology of the Liver” and numerous other textbooks of gastrointestinal and hepatobiliary pathology.

Subsequently, while continuing laboratory and clinical research, he has extended his work to areas of theoretical biology and complexity theory, defining a “post-modern biology.” These ideas suggest that alternate models of the body, other than Cell Doctrine, may be necessary to understand non-Western approaches to the body and health. They also reveal possible avenues for exploring the nature and origin of consciousness, his newest field of endeavor.