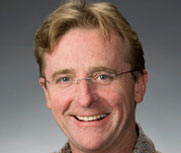 Peter started his career with Walt Disney Imagineering in 1989 in Paris where he was a Project Engineer for “it’s a small world,” “Dumbo the Flying Elephant,” “Mad Hatter’s Tea Cups” and “Le Carrousel de Lancelot” in Fantasyland. He was involved in the design phase of the originally planned MGM Studios for Paris in 1993 and contributed to the expansion plan for Paris in 1994.

During the design and construction of Tokyo Disney Sea, Peter spent five years in Los Angeles and Tokyo as Director of Design Management and functioned as a Project Manager for four of the Lands at Tokyo Disney Sea through 2001. He spent several years directing the design of Hong Kong Disneyland Resort before rejoining Disneyland Paris in 2004 as Executive Art Director, leading the Creative Imagineering group.  In 2007 Peter returned to Walt Disney Imagineering, Glendale to lead the Creative Studio providing content to all Walt Disney Parks and Resorts worldwide; through talent casting and creative development management.