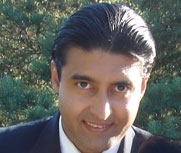 Mr. Sharad Devarajan is a creator, media entrepreneur and professor.

Devarajan is also the Co-Founder and CEO of Graphic India Pte. Ltd., a character entertainment company focused on creating leading characters, comics and stories for the Indian youth market through mobile and digital platforms, which is owned by Liquid Comics and CA Media LP, the Asian investment arm of The Chernin Group, LLC (TCG).

Mr. Devarajan is also a Producer / Executive Producer on a number of theatrical live-action film and television projects in development including the film adaptation of Gamekeeper with director Guy Ritchie; The Leaves with Summit Entertainment; Ramayan 3392AD with Mandalay Entertainment; and Dominion: Dinosaurs Versus Aliens, with filmmaker Barry Sonnenfeld.

Prior to Liquid, Mr. Devarajan was Co-Founder & CEO of Gotham Entertainment Group, which was a leading South Asian youth magazine publisher that launched the Indian publishing activities for DC Comics, Marvel Comics and Cartoon Network. In 2004, Mr. Devarajan worked with Marvel as the creator of a new reinvention of Spider-Man as an Indian boy growing up in Mumbai, transforming “Peter Parker” into “Pavitr Prabhakar”. Unlike traditional translations of western characters into foreign markets, the new series, “Spider-Man: India” was heralded as one of the industry’s first “trans-creations.”

In 2010, Mr. Devarajan led a project with the Open Hands Initiative, to bring together a group of American and Middle Eastern students with disabilities to work together and create a new superhero that reflected their shared challenges and shared values. The superhero, “Silver Scorpion,” received worldwide acclaim for promoting advocacy for the rights of the disabled in the Middle East. President Bill Clinton honored the students at the Clinton Global Initiative, stating that the comic book “will help to establish trust and understanding between cultures, to empower young people with disabilities.”

For his activities, Mr. Devarajan was featured as CNNfn’s ‘Maverick in The Morning’ and covered in numerous media including The Wall Street Journal, Businessweek, Time, Newsweek, The New York Times, Fox News and NPR’s Fresh Air.

He holds a BFA from Syracuse University and an MBA from Columbia University where he is an Adjunct Professor at Columbia Business School teaching the class, Media Marketing and Entrepreneurship, as well as, Transmedia & Transcreation: How Technology and Globalization are Transforming Media.