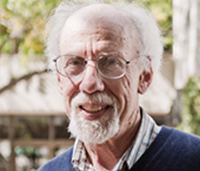 My undergraduate years at Caltech were transformative. Three nobelists left their mark. Various interactions over the years with Richard Feynman solidified my passion for physics. Working with him in Delbruck’s microbiology lab resulted in a joint publication with Feynman on bacterial genetics. From Roger Sperry (of split brain fame) my interest in neuroscience as well as the connections between science and values greatly deepened. From Linus Pauling through my work on the Caltech YMCA including their Leaders of America program I learned that an individual can have impact on society. Pauling’s second Nobel prize was for his efforts to stop above ground atom bomb testing. It showed me that a passion for ethics in science can succeed. My PhD from Brandeis University was in theoretical particle physics using S-Matrix theory developed by Geoffrey Chew and Henry Stapp of the Lawrence Berkeley Lab (LBL). From 1968-1971 spent the summers at LBL working on with the particle physics group on developments that led to string theory, with duality a theme of several of my early papers. In the mid-1970s I got involved with the “Fundamental Fysiks Group” including part of a summer of 1975 that was spent at Esalen. David Kaiser’s “How the Hippies Saved Physics” provides an excellent summary of not only that era, but also gives a glimpse into how quantum mechanics got connected with spirituality and alternative thinking. For me an important result of that era was that since 1976 my California license plate has been DUALITY. By 1973 string theory largely switched from being physics to mathematics and I switched research from physics to vision science, where my research led to my position at Berkeley and to my interest in consciousness. As can be seen from my publications (cornea.berkeley.edu), starting in 1991 I became seriously interest in topics connecting physics to consciousness. My themes from the beginning involved bridge building where for example different placements of the von Neumann cut would enable compatibility of different worldviews. The next major shift was to connect quantum mechanics with religion as in my publication “Free will and God in the quantum world” (2003). My commitment to bridge building is seen in “Yoking three horses (or forces) to change the world” (2005). For the past 2 years I have been membership chair of The Institute on Religion in an Age of Science (see IRAS.org for details).