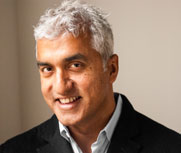 Sumant is Managing Director at Clearstone Venture Partners, a $650M early stage venture fund focused on starting and investing in companies changing the way people interact with technology. He spends his time and energy helping visionary entrepreneurs build companies around large markets from the ground up globally. He has invested in over 20 companies with multiple successful outcomes, seen ideas grow to immense value creation and success for the ecosystem they belong to. He representsClearstone on the boards of The Rubicon Project, Geodelic (observer), Billdesk (India), Games2win (India), ThisNext, and DiVitas Networks and a few stealth projects. Some of the past investments where he worked closely with the founding teams and helped incubate ideas to successful outcomes are Kazeon Systems (sold to EMC), Mimosa Systems (sold to Iron Mountain) and Ankeena Networks (sold to Juniper Networks and Apture (sold to Google). Sumant initiated and is responsible for Clearstone’s investment activities in India. Prior to Clearstone, Sumant spent more than eight years as an entrepreneur involved in starting companies both in India and the United States.

He has been part of creating companies in the online media world, infrastructure technologies and clean energy.

Sumant has an MBA from the Kellogg Graduate School of Management at Northwestern University, and a BS in Electrical Engineering from Michigan State University. He is a Charter Member of TiE.