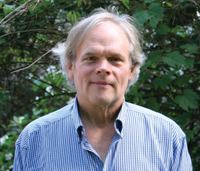 Dr. William C Bushell has been a Research Affiliate in the Department of Anthropology at the Massachusetts Institute of Technology (MIT) for nearly 20 years, after having had academic affiliations at Harvard, and Columbia, where he received his Bachelor’s (Phi Beta Kappa, Magna Cum Laud), two Masters, and PhD, with distinction, as a Fulbright Scholar. He began his academic career specializing multidisciplinary sciences and the philosophy of science, eventually focusing his orientation towards a cross cultural, multidisciplinary scientific study of the subjects of consciousness, “mind-body” healing and optimization, and “alternative” healing/functioning modalities, along with the epistemological, ontological, and “metaphysical” questions associated with the relationship of consciousness to the universe in terms of neuroscience, physics, cosmology, and mathematics. This focus naturally and rapidly led in turn to a focus on the subjects of the enhancement and refinement of consciousness for epistemological (and ontological) purposes, ie to the scientific, scholarly, and praxis-oriented study of meditation, yoga, and related disciplines. At the same time that this investigation has involved a central concern with the highest manifestations of “human potential,” Bushell has retained a commitment to the most rigorous scientific and scholarly criteria in a program of research which has integrated field research throughout the world, with clinical and experimental research, and with extensive, comprehensive, critical analysis of the relevant existing multidisciplinary literatures, ranging from mathematics to physics to biology to neuroscience, psychology and anthropology, and to religico-cultural studies. This commitment to the most rigorous scientific and scholarly criteria is evidenced by the venues in which Dr Bushell presents his work – Cold Spring Harbor Laboratories, The Salk Institute, the Cleveland Clinic, MIT, Yale, Harvard, the prestigious Stromboli International Conferences on Aging and Cancer, Aula Magna Hall in Stockholm, among others — and publishes his work – Oxford University Reference Series, Annals of the New York Academy of Sciences, the Cleveland Clinic Medical Journal, the Library of Congress Nobel Prize Website (Joshua Lederberg), and others. Since the inception of his scientific and scholarly career, Dr Bushell has also focused on the design and implementation of comprehensive, integrative, and multidisciplinary databases, archives, information centers, and related resources, and their sophisticated digital online use for the discovery of new knowledge, through the new information technology known as “knowledge discovery in databases” (KDD). His recent volume published in the Annals of the New York Academy of Sciences (one of the top 2% of leading scientific publishers in the world), Longevity, Regeneration, and Optimal Health; Integrating Eastern and Western Perspectives, is the proceedings of a conference that Dr Bushell designed and directed in collaboration with HH the Dalai Lama, Professor Robert Thurman of Columbia, and leading scientists from MIT, Harvard, Yale, Einstein, Columbia, Cornell, and the University of Pennsylvania, among others (including several Nobel Prize winners), is in part based on the utilization of KDD methodologies, and has been called an historic work of integrative science.