Although it takes place outside the headlines, even those that deal with science, a heated debate is occurring about mind and matter. On one side is a camp of so-called physicalists, formerly known as materialists, who hold fast to the assumption that any and all phenomena in nature can be reduced to physical processes, namely the forces and the interaction between objects (atoms, subatomic or elementary particles, etc.) — these are the building blocks of the universe. On the other side is no single camp but a mixed assortment of skeptics who hold that at least one natural phenomenon–the human mind–cannot be explained physically through such methods.

When one explanation (the physicalist) is supported by the weight of highly successful theories in physics, biology, biochemistry, and neuroscience, and the other side has no accepted theory on its side, the debate seems totally unequal. But in David versus Goliath battles, be careful of rooting for Goliath. The possibility of a science of consciousness, which would involve a thorough explanation of mind and how it relates to matter, can’t begin until the obstacles in its path are removed and old accepted assumptions are overturned.

That has already begun, on all fronts. In physics, the essential problem of how something came out of nothing (i.e., the big bang coming out of the quantum vacuum state) stymies cosmologists, while at the microscopic level the same mystery, this time involving subatomic particles, emerging from the virtual state, is equally baffling. In biology the prevailing Darwinism cannot explain the quantum leap made, with astonishing rapidity, by Homo sapiens in terms of reasoning, creativity, language, our use of concepts as opposed to instincts, tool-making, and racial characteristics. We are the offspring of the newest part of the brain, the cerebral cortex, and yet there is no causal connection between its evolution and the primal Darwinian need to survive. This is evident by the survival of a hundred primate species lacking a higher brain, reasoning, tool-making, concepts, etc. Finally, in neuroscience and biochemistry, there is zero connection between nerve cells, and their chemical components, and mind. Unless someone can locate the point in time when molecules learned to think, the current assumption that the brain is doing the thinking has no solid footing. 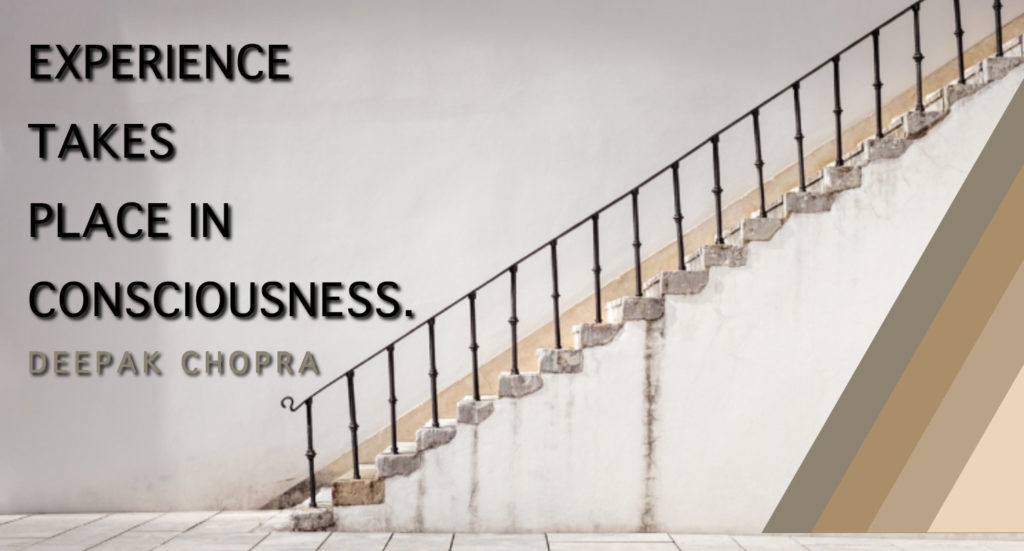 The day-to-day work of scientists isn’t dependent on explaining how mind arose in the cosmos–not yet. The relation between mind and matter has existed in philosophy for centuries, and working scientists don’t consider philosophy relevant to their research. Collecting data and doing experiments needs no help from metaphysics or philosophy. But when you look at the unanswered questions in physics, biology, biochemistry, and neuroscience, it’s more than a coincidence that all, without exception, impinge upon the same inability to know how consciousness actually works. By taking for granted the obvious fact that it takes a mind to do science, we’ve reached the point where science is leaving out the very component that might answer the questions that urgently need answering, not because philosophy demands it but because science does.

The sticking point is physicalism itself. If everything must be reduced to the smallest units of matter and energy, and yet there is zero evidence that mind follows that pattern, it is unscientific to cling to physicalism. Even a staunchly mainstream physicist like Stephen Hawking has commented that reality doesn’t necessarily match the current models in science. The mind is real, and since that’s true, defective models are required to change or even be thrown out. To repair the most glaring defect of all–our inability to explain mind–imperils all the sciences for the simple fact that science is a mental activity. If we set physicalism aside, what would be another starting point for a new model of reality?

Instead of conceiving reality from the bottom up, moving from tiny building blocks to larger and larger structures, one could do the reverse and create a top-down model. In other words, the starting point would be the whole, not the parts. So what do we know about reality as a whole?

* Reality is knowable through the mind. What humans can’t know, either directly or by inference, might as well not exist.

* What we know is tied to what we experience.

* Experience is at once boundless and very restricted. The boundless part lies in the human capacity to create, invent, explore, discover, and imagine. The restricted part revolves around the setup of the brain, which is confined to the behavior of space, time, matter, and energy. The brain is four-dimensional, while physics poses the possibility of infinite dimensions at one extreme and zero dimensions at the other extreme.

* Because the physical processing done by the brain works in parallel to the mind doesn’t mean that the brain is the mind. To assert that brain equals mind involves showing the atoms and molecules can think, which can’t be proven and seems highly unlikely. Therefore, the ground state of reality, the place from which everything originates, is consciousness.

* Consciousness is the only constant in human experience that can’t be removed from consideration in science, or any other form of knowing.

* What we call reality “out there” is constructed in our own awareness. These constructs follow predictable paths according to mathematics, logic, the laws of nature, and so on. But this doesn’t prove that reality is independent of our experience, only that consciousness is capable of extremely precise, predictable organization. In a word, the notion that everything is a mental construct is just as valid as the notion that everything is a physical construct. The two are merely different perspectives.

* This impasse is broken by taking a concrete approach to mind; that is, by investigating the qualities of reality “out there.” These qualities, such as how an object looks, sounds, feels, tastes, and smells, are entirely created in consciousness. As Heisenberg noted almost a century ago, there are no fixed physical characteristics of an atom or subatomic particle. Everything is built up from the qualities, also known as qualia, that the human mind knows, experiences, and can conceptualize.

* Ultimately, even where nature sucks or emits all matter and energy into or out of black holes and naked singularities, either through classical or quantum physics, the actual horizon for science doesn’t lie there, or with the big bang, by which matter and energy reappeared in manifest form. The real horizon is where the inconceivable source of mind meets the conceivable phenomena in nature. The problem of something coming out of nothing is exactly the same when the cosmos was born as when a thought is born. This is the level playing field where mind and matter can be investigated as two sides of the same process: consciousness interacting with itself.

Pankaj Joshi is a theoretical physicist and Senior Professor at the Tata Institute of Fundamental Research (TIFR), Mumbai India. Professor Pankaj Joshi has published many (more than 170) research papers, and monographs on cosmology and gravitation. He has made fundamental contributions on gravitational collapse, black holes and naked singularities. The new analysis on collapsing stars from Joshi and his collaborators, as reported and reviewed in his Oxford (1993) and Cambridge (2007) monographs, showed that both black holes and visible naked singularities form when massive stars collapse at the end of their life-cycles. Recent results from Cambridge, Princeton, Perimeter and others, now corroborate these results. His research was published as an International cover in “Scientific American.” He served as an adjunct Faculty with the New York University, and was awarded the A C Banerji Gold Medal and Lecture Award by the National Academy of Sciences, India, along with many other awards. He holds visiting faculty positions in many reputed universities and has won fellowships in various scientific academies. His research papers and monographs are widely cited internationally. His recent book, The Story of Collapsing Stars (Oxford University Press), explores the death of massive stars and the subsequent formation of black holes or naked singularities through gravitational collapse of stars.