How to Defeat Aging on Three Levels

The creeping tide of age has steadily risen over the past two decades, and it has been met with advances in anti-aging. Almost 25 years ago, when I researched aging for a book, Ageless Body, Timeless Mind, the most encouraging sign of progress was “the new old age,” which signaled a major shift in attitude. No longer was it acceptable to spend one’s old age in a rocking chair, existing essentially as a social discard, worn out after years of productivity. In the new old age, people expect to live a long life with as much pride and enjoyment as in every other phase of life.

Today, the new old age has become a given, no longer revolutionary or even out of the ordinary. But in the intervening quarter century, much more than attitudes have shifted. The mystery of the aging process, which occurs at around 1% a year after age 30, is beginning to yield some viable answers. For example, its genetic basis is now better understood. Researchers continue to probe clues offered, for examples, by telomeres, the end caps to a strand of DNA that ravel with time as the body ages. Preserving the integrity of telomeres through meditation seems like a very promising lead.

But the sheer amount of new data and hopeful clues can be very confusing, so I think it’s worthwhile to summarize in very general terms, where anti-aging is going. The three fronts that need to be covered are physical, mental, and psychological.

But what does early intervention mean in practical terms? While the pharmaceutical companies search for new drugs that have effects at the genetic level, the greatest promise lies in self-care. Deciding to seriously pay attention to your own well-being has become a lifelong commitment that depends on a shift in mental focus. Mind and body form a single, totally interconnected feedback loop, where every cell listens and reacts to all our mental activity. The reason that meditation and Yoga have moved to the forefront of positive lifestyle choices is that both are holistic. 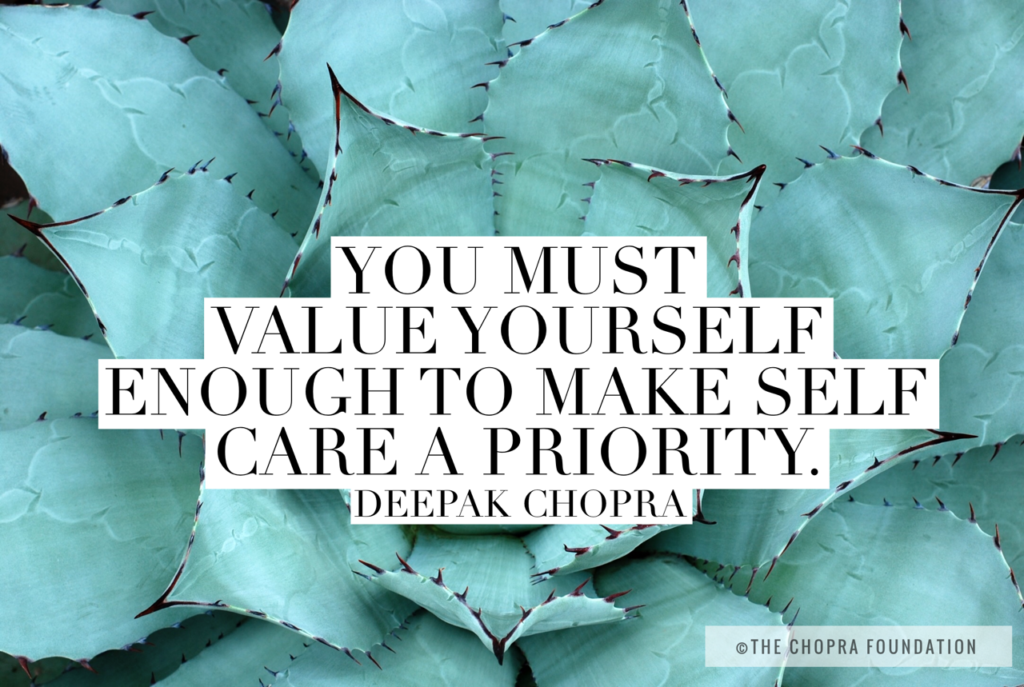 On the negative side, stress also seems to be holistic. There is strong evidence that stress, either psychological or physical, creates chemical markers on DNA that could last a long time, perhaps a lifetime. And low-level chronic stress, the kind that people simply accept as a part of hectic modern life, is probably doing more harm in the long run than acute stress, which rarely occurs and lasts only a short while. With this new knowledge in hand, the main obstacle to adopting new mental attitudes is inertia. Far too prevalent is the attitude that one can live recklessly and let the doctor take care of any problems that develop; even worse is the attitude of looking at aging as inevitable and simply giving up.

Lumped together, the causes of inertia lead to noncompliance, where people know what is good for them but don’t change their ways anyway. The fact that a sizable cohort of Americans still smoke or the current obesity epidemic indicate how drastic noncompliance is. Socially, you are also likely to lack the right information about health issues if you are older, poorer, less educated, and non-white. The new old age has barely touched upon the disadvantaged segments of society.

The answer to noncompliance, assuming that you have access to good medical information, is psychological. You must value yourself enough to make self-care a priority. Many Americans are going to live between 90 and 100 years starting with the boomer generation. This means that at age 45 or 50 each of us is having a second birth–half of our lives stretch before us, leading to territory as unknown as the first half of life is to a newborn baby. In this second life, as it were, we will reap the benefits and deficits developed in the first 45-50 years. We must all be psychologically prepared for this in advance. Inertia, which means doing the same old things as before, will be deadly psychologically and perhaps physically as well.

In the second half of life wisdom can emerge, along with sufficient time to seriously consider the spiritual side of existence. Only then can old age be, not just endurable, but the best part of the human life cycle. the field of positive psychology, which studies what it means to be happy and fulfilled, is still in an early stage, but one finding strikes home: To lead a happy life, make each day happy. In other words, satisfaction and fulfillment lie in the present moment and nowhere else. Things postponed never occur. Even more important for anti-aging, you will never be as young, or as old, as you are right this moment.

I’ve only given a once over lightly to the physical, mental, and psychological aspects of anti-aging. But the major issues and trends are clear. Now that the new old age is firmly established, the next stage has to be a quantum leap in well-being that is self-directed, self-motivated, and self-reliant. Pushing back the onset of aging is desirable and possible, and no one can predict how much progress is eventually going to be made. But being in the forefront of progress should be the aim of everyone.