Naïve Realism, Or the Strange Case of Physics and Fake Philosophers 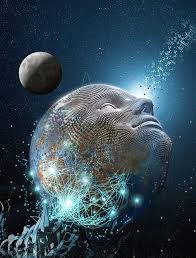 In a most unexpected way, physics has started to criticize its own sense of reality. Noted figures are speaking out against other noted figures, and heads are being knocked. A prime example: In the blog section of Scientific American, the highly respected South African physicist and cosmologist George Ellis says, quite bluntly, “The belief that all of reality can be fully comprehended in terms of physics and the equations of physics is a fantasy.” In the same vein, the esteemed British physicist Sir Martin Rees made a headline in 2010 that read “We shouldn’t attach any weight to what Hawking says about God.”

Stephen Hawking has been quoted around the world for saying that God isn’t necessary to our understanding of creation. Lord Rees, former president of the Royal Society and sometimes labeled “Britain’s greatest scientist,” expressed himself pointedly: “I know Stephen Hawking well enough to know that he has read very little philosophy and even less theology, so I don’t think we should attach any weight to his views on this topic.”

But physics has long disdained philosophy. The prominent PBS personality, astrophysicist Neil deGrasse Tyson, recently called philosophy useless, asserting, as countless scientists do, the superiority of science in answering the big questions about existence. Richard Dawkins feels qualified to show the falseness of all theological ideas back to the beginning, ridiculing them without actually examining them. Ellis singles out a staunch Dawkins ally, physicist Lawrence Krauss, for making statements about the source of the universe without benefit of experiments or data. In other words, Krauss feels free to foist off his own philosophical baggage under the guise of being scientific.

He’s hardly alone in this. Ellis is one of the few famous physicists with a strong background in philosophy, and he shakes his head over scientists like Krauss who are faking their way through the field of great ideas: “It’s very ironic when he says philosophy is bunk and then himself engages in this kind of attempt at philosophy. It seems that science education should include some basic modules on Plato, Aristotle, Kant, Hume, and the other great philosophers…” DeGrasse Tyson wouldn’t be on board with this suggestion, since he calls philosophical questioning “a pointless delay in our progress.”

Behind the physics versus philosophy debate lie some crucial issues that impinge on everyone’s life. The discussion can become very arcane, but the questions being tackled aren’t: What is the nature of reality? Where did the universe come from? What place do humans have in the cosmos? It’s probably safe to say that 90% of people look to science to answer these questions, yet if science itself is feeling wobbly about finding the answers, that’s an important shift, perhaps a seismic one.

So let’s examine the wobbliest issue of all: What is reality?  If you toss out thousands of years of philosophy, what you’re left with is what you see with your own eyes: a world of physical objects. These objects—trees, mountains, houses, cats– look real. In everyday life we move through the world on the assumption that the five senses are delivering reality to us. The fact that this assumption, known as naïve realism, is completely false is what modern physics is all about, from Einstein’s proof that time and space are relative to quantum mechanics’ proof that physical objects are essentially clouds of energy, and this energy emerges from a “bubbling vacuum.”

If it’s ironic that some overly cocky physicists practice fake philosophy (an accusation that most people outside the field would shrug off as in-fighting), the double irony is that so many prominent physicists practice naïve realism. Their graduate-school training dismantled any faith they might have had in the five senses, yet their notions about reality stubbornly adhere to such faith, in subtle ways.

Examples abound: There is the naïve belief that the brain, a solid, tangible object, produces the mind. To believe anything else would place mind or consciousness squarely at the heart of creation, which is anathema to the vast majority of scientists. Second, there’s the belief that cosmologists and high-speed particle physicists will discover what came before the Big Bang.  Ellis is quick to puncture this fantasy: “How indeed can you test what existed before the universe existed? You can’t.”  Third, there’s the belief that with enough time and thought, a model of the universe will be completed, the famed Theory of Everything.  Such a belief crashes when you realize that “everything” includes subjective experience, love, God, the soul, the purpose of existence, meaning, and the behavior of consciousness—none of these things, grappled with by philosophy for centuries, can be understood through physics.

(For background, see the three-part post co-authored by the eminent physicist Henry Stapp that precisely describes why the universe behaves more like an idea than like anything purely physical. Part 1, part 2, part 3.

The danger here is that we, meaning all of us, will get backed into a corner. With philosophy dismissed as useless, and science promising to answer questions that it is actually incapable of answering, what happens to reality?  It will remain a mystery smothered by pseudo answers, until one day more people wake up to realize that Plato, Aristotle, Kant, and so on were wrestling with the meaning of human existence, and that’s very, very important.

At the level of educated popular culture (i.e., people who watch science programming on PBs or the BBC), naïve realism, backed by casual atheism and unspoken scorn for metaphysics, is the order of the day. Appealing presenters like deGrasse Tyson and Brian Cox in Britain smile their way through issues that have challenged the world’s wisdom traditions, as if a dose of basic science mixed with good old-fashioned rationality will tell us everything we need to know.

But in the background there is an acknowledgment, not only that naïve realism is false but that nobody can agree on a viable alternative.  A single example will show what’s at stake: Imagine that you are looking at a chair. Apparently one physical object—the brain—is taking in true knowledge about another physical object, the chair. But that’s impossible. Both objects are made up of atoms that aren’t objects at all, according to quantum theory, but a set of invisible waves whose position can be known only as a smear of probabilities. As the chair vanishes into the quantum vacuum, so does the brain.

This is a devastating challenge to naïve realism, the belief that what you see is real. In fact, what you see is an image of your brain’s perceptual mechanism. Such images are severely limited, since your brain operates in linear time and perceives actions as cause and effect. In the quantum domain, time isn’t linear and cause and effect dissolves. Since we have no scientific explanation for perceptual experience it is unscientific to assume that what we perceive is real. Gazing out at the world, you are actually gazing at your brain’s imaging capacity.  It may turn out, as the ancient Vedic sages held, that what the brain reports is a kind of neurological dream that we all inhabit.

The comfy certainty of Cox and deGrasse Tyson, like the skeptical hectoring of Dawkins and Krauss, gives a false sense of “everything’s okay, we’ll have all the answers shortly.” In fact, reality has become more mysterious than ever, and yet there is a viable alternative to naïve realism after all, as we’ll explore in the next post. Here’s a preview: Metaphysics counts, and it counts a great deal.